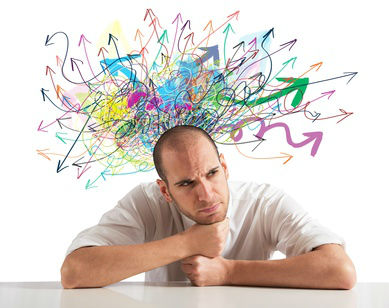 A new study performed by neuroscientists at the University of Texas Health Science Center at Houston and the University of California, San Diego has revealed a technique to improve a certain area of human self-control through electrical stimulation of the brain.

For the study, researchers recruited four volunteers with epilepsy who were being monitored for seizures at the Mischer Neuroscience Institute at Memorial Hermann-Texas Medical Center. The experiment focused on the braking/slowing of action function of the prefrontal cortex of the brain.

The volunteers were asked to perform a simple task that required a braking action in the brain to stop the task once it was performed. The area in the prefrontal cortex where this task took place was identified, and then this area was stimulated via “brief and imperceptible” electrical charges administered by electrodes that had been placed directly on the brain’s surface.

The study was double-blind, which means that neither the volunteers nor the scientists knew where or when the charges were going to be administered. Results showed that all four volunteers had improved braking function after the electrical stimulation, which translates to an improvement in this type of self-control. Stimulating other areas of the brain did not have any effect; results were only seen specifically in regards to this braking function.

Dr. Nitin Tandon, the senior author of the study, explains, “There is a circuit in the brain for inhibiting or braking responses. We believe we are the first to show that we can enhance this braking system with brain stimulation.”

Dr. Tandon continues, “Our daily life is full of occasions where one must inhibit responses. For example, one must stop speaking when it’s inappropriate to the social context and stop oneself from reaching for extra candy.”

While this method was found effective, it requires invasive surgery, and is only being currently used in cases of severe epilepsy. The researchers state that the method is not practical for treating other self-control related disorders.

Even if we had the option, it would be obviously unwise to opt for a surgical procedure every time we need to exercise self-control. Whether it’s avoiding unhealthy foods, controlling our anger, or other forms of self-control, there are natural ways available to us to improve our skills.

If you notice certain situations in your life in which your self-control is lacking, it may help to write them down, and keep notes of what triggered your lack of self-control, and how you acted. You can review your entries, and also add how you wish you had acted, and what made it difficult for you to do so.

Observing your patterns in writing may help you identify where your thinking goes wrong, and why you get ahead of yourself and act impulsively. With practice, you can be aware of your tendencies in these situations, and implement how you would like to act instead of how you usually do. Awareness is key.

Often, we may lose self-control when our minds are racing, and we act without slowing down and thinking before we react. Regular meditation can help you focus on the present moment, and slow down your mind to a more tranquil state. Then, when difficult situations arise, we will be in a much better mindset to weigh our options and how we would like to behave before simply reacting. 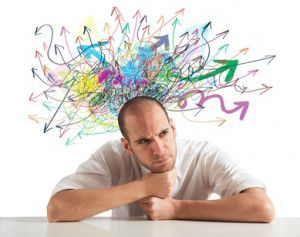 Many other methods exist, these are just two tried-and-true options. It may be a challenge, especially if you are a very impulsive person, but with practice, and maybe some trial and error, you can find a way to be the master of your own mind.