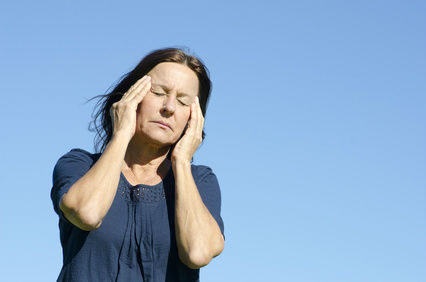 A study  out of the University of Toronto published recently in the journal Depression Research and Treatment found that younger migraine sufferers are particularly at risk for depression.

The rate of depression among those who suffer with migraines in general is twice as high as compared to those who don’t. Women under 30 have it the worst, with a six-fold greater rate of suffering from depression than those 65 and older.

The research is not surprising as those with any type of chronic illness tend to have a lower overall quality of life, which can easily lead to mental distress. Migraines can be particularly debilitating, making it difficult to go to work and school. In addition, migraines contribute to damaged relationships, making the problem of depression even more serious.

Some people with migraines depend on pain medications that may treat symptoms, but result in a problem that worsens over time. Using pain medications frequently often exacerbates symptoms causing headaches from medication overuse.

Fighting migraines naturally is a much better option over the long run that can lead to a higher quality of life and lessen the risk of depression. As migraine pain is thought to originate from inflammation of blood vessels in the brain, an anti-inflammatory lifestyle often makes a significant difference in the number and severity of attacks.

Research has found that toxins in the environment as well as in the foods we eat, and consuming foods that tend to be inflammatory result in increased inflammation in the body which leads to a host of health problems, including migraines.

An anti-inflammatory lifestyle generally includes such practices as:

An anti-inflammatory diet. This is based on eating as many whole foods as possible including antioxidant-rich organic fruits and vegetables like dark greens such as kale and spinach as well as deeply pigmented vegetables like beets, turnips and carrots.

Including healthy fats is also important such as those derived from wild-caught salmon, coconut and olive oil, nuts and seeds. And make sure to avoid grains – which are significant contributors to inflammation.

Regular exercise. Getting 30 to 60 minutes of physical activity every day serves to reduce inflammation and boost immune function.

Practicing meditation or deep breathing techniques. This helps to lessen stress levels which are known to trigger migraines.

Getting plenty of rest. Not getting enough sleep can increase the risk of migraine attacks. Try to get at least 7 to 8 hours of sleep each night.

Eliminating processed foods and those that contain dyes, preservatives or other chemicals. Avoiding inflammatory fats such as trans fats and all hydrogenated oils, limiting or avoiding alcohol, sugar and refined flours is also very beneficial.

In addition to following an anti-inflammatory lifestyle, taking magnesium and riboflavin along with the herb feverfew has been shown to help keep the blood flowing properly in the brain which can prevent spasms and reduce inflammation to prevent migraines.