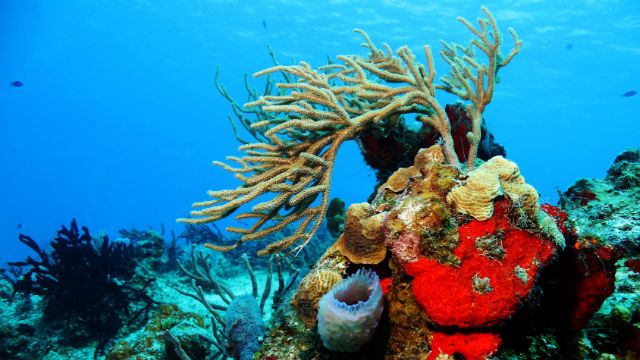 Coral reefs play an important role in the ecosystem of our oceans and shorelines. Sadly, they have been disappearing over the last four decades, landing them recognition as endangered species.

Thanks to a recent study, scientists now have a clue as to why the coral is struggling to survive.

A study conducted by the Florida Institute of Technology revealed that ocean warming is playing a major role in the spread of white-band disease, which is killing off the reef-building corals. White-band disease was first discovered by biologists who observed its effects on corals in the waters around the U.S. Virgin Islands.

This disease leads to peeling off of tissue from the coral, leaving behind a bare white skeleton. White band disease begins at the base of the colony and moves up to the tips of the branches.

Within five years of its discovery, the disease had spread out and infected about half of the shallow water elkhorn corals in the Caribbean. It was also responsible for devastating the coral reefs in the Florida Keys, where it killed off 95 percent of the Acropora corals.

“Our data show that climate change has helped drive down staghorn and elkhorn corals by boosting white-band disease,” said Florida Tech Ph.D. student Carly Randall. “We still don’t know if the disease is caused by a marine microbe, but now we do know that changes in the environment contributed to the problem.”

The findings of this research make it clear that ocean warming, likely due largely to greenhouse gas emissions, is significantly contributing to the spread of white-band disease. The disease was found to be most common in areas where waters warm up quickly and where they stay unseasonably warm. It is believed that the loss of a cooling-off period makes the coral unable to overcome the effects of the hot summer, allowing the disease to thrive.

Coral are a critical part of the ocean ecosystem. They provide the foundation of coral reefs. They protect the shorelines and help prevent erosion. The coral reefs also provide a habitat for countless ocean creatures.

Lead researcher of the study, Robert van Woesik, faculty advisor at Florida Institute of Technology explained, “the discipline has been stumped for more than 20 years because the environment played a larger role than we first anticipated. We are a step closer to predicting where diseases are occurring because now we know why they are occurring.”

It is clear that this is an issue that must be seriously addressed, and soon.