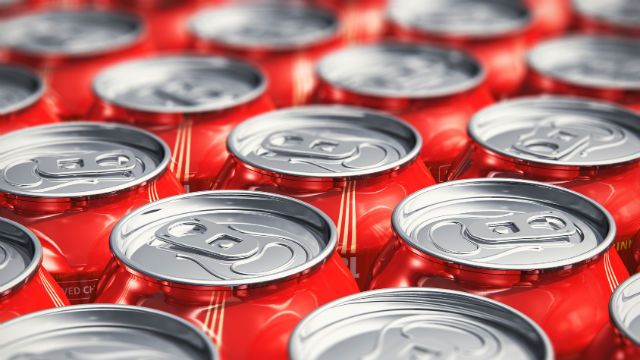 Still think having just one can of Coke is no big deal? You may want to see the interview between BBC Newsnight host Jeremy Paxman and President of Coca-Cola Europe, James Quincey.

In the interview, Paxman and Quincey discuss the obesity epidemic – prevalent in Europe as well as the United States – and Coca-Cola’s role in fueling it. It’s no secret that Coca-Cola’s fizzy beverages are laden with sugar, which has been strongly linked to obesity, as well as many other illnesses

Upon questioning by Paxman as to the sugar content of Coke’s beverages, Quincey (rather laughably) admits that it “does have some sugar it in.” Yes, Mr. Quincey, it does. In fact, not long after these words are uttered Paxman reminds us that there are 35 grams of sugar, or six teaspoons, in a single can of Coca-Cola.

Six teaspoons per day is the maximum allowance of sugar recommended by the American Heart Association for women. For men, it’s nine. However, many health experts agree that there are no safe levels of sugar, and that even a few teaspoons a day can be poison. You can bet that if someone gets six teaspoons from one can of Coke, it’s not their only sugar intake of the day.

Later in the interview, Paxman pours 23 packets of sugar out of a standard “small” movie theatre cup of Coke, to demonstrate its sugar content. The BBC host calls this amount of sugar “staggering,” and turns to Quincey for his opinion.

Throughout the interview, Quincey sticks to his guns, repeating that, “we’re [Coca-Cola] not trying to hide the information, the information is very clearly on there.” He adds, “we’re taking action, we’re putting out the information, it is on the can.” He also states that Coke is increasing choices to smaller sizes, and promoting calorie-free Coke Zero (still laden with artificial sweeteners, flavors and colors).

However, Paxman hits the nail on the head, and silences many of the excuses. He tells Quincey: “What you’re doing is very similar to what the tobacco companies do, where after the link with cancer had been established started then to get us all to smoke lighter cigarettes, as opposed to say, don’t have any.”

While Quincey, unsurprisingly, denies this connection, the point is made. While Coca-Cola wants your “choice” to be between one of their products or another, we all have a better choice: say no to soda, stick to delicious, healthy beverages , and tell Coke – with our dollars – that we don’t want their sugar slurry threatening our health anymore.