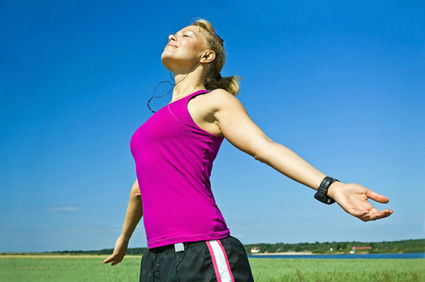 To many people, the sound of someone whistling is extremely annoying. In fact, in the town of Portland, Maine, a man was charged with disorderly conduct and even put in jail for whistling too loud around town.

The city ultimately reached an agreement with the man, saying he could whistle as long as he keeps moving. Apparently his whistling was quite loud – it could be heard as far as a block away.

Perhaps whistling a little quieter might be the answer to avoid handcuffs, or losing friends, rather than stopping altogether as a leading psychologist believes that whistling, and singing, helps to distract the mind from “trying too hard,” and can also prevent mental overload.

Dr. Sian Beilock of the University of Chicago makes the somewhat controversial suggestion based on a study  into the phenomenon of “choking,” such as what might happen when one gets up in front of a large crowd to make a speech or do an audition. Choking is much more than “just nerves” Beilock says. It happens when the brain is virtually on “overload” with too many pieces of information to process which can result in “paralysis by analysis.”

Brain scans were used to analyze what occurs in the mind during high pressure situations. Beilock notes what happened with PGA golfer Greg Norman when he lost it on the final day of the US Masters, despite coming in with a huge lead. She believes Norman failed because he was “thinking too hard about what he was doing.”

Over-thinking leads to failure, while clearing the mind leads to success. By not trying to control every aspect of the task at hand, anything can be accomplished better, including a highly practiced putt.

Singing as well as whistling can help stop parts of the brain that tend to interfere with performance, and stop the urge to control every aspect of what one is doing in order to ensure success, Beilock believes.

The study revealed that the brain may sabotage performance because there is too much pressure that is placed on “working memory” which is the area of the prefrontal cortex that is responsible for the task at hand.

The best way to prevent choking is through practicing under pressure as well as practicing relaxation techniques. Daily meditation is best, but even taking five minutes before a potentially stressful situation to focus on your breathing can help.

All you need to do is to sit up straight with your eyes closed and place one hand on your belly. Slowly inhale through the nose as you feel your breath start in the abdomen and work its way to the top of the head.

Now, reverse the process while exhaling through your mouth. This helps to counter the negative effects of stress by lowering blood pressure, reducing muscle tension, improving concentration, and even slowing the heart rate.

Additionally, rather than concentrating on the outcome, Beilock says to think about the journey and to remind yourself that you have the ability to succeed. It can be the important confidence boost that can help one to accomplish some of the most challenging moments in life.