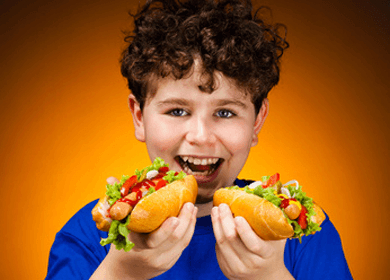 With all the discussion swirling about healthier school lunches, I thought I’d share with you some details from an interesting article in last month’s edition of Pediatrics related to regulations on school snacks.

While the nutrition standards for school meals changed for the 2012-2013 school year, the new guidelines do not affect foods in vending machines, snack bars, or other venues within the school that are not a part of the regular school meal program. These foods (typically snacks and drinks) are termed “competitive foods,” as they compete with school breakfasts and lunches.

The study reviewed in Pediatrics looked at weight changes for 6,300 students between 2004-2007 and followed the students from fifth to eighth grade. They found that adolescents in states with strict laws regulating the sale of “competitive foods” gained less weight over this 3-year period than those living in states without laws.

As the childhood obesity epidemic continues (the U.S. Centers for Disease Control and Prevention now estimates that 1/5 of American children are obese), public health officials continue to look at ways to improve children’s eating habits during the school day. The laws surrounding snack foods at school differ by state. There are no laws in some states, weak laws (where recommendations were made but no specific guidelines formulate), and strong laws (where detailed nutritional standards were issued).

The study did not conclude that strong laws were directly responsible for the differences in students’ weight gain, but it did conclude that better outcomes tended to happen in states with strong laws. That would seem to make sense to me, as most children including my own, if given the opportunity, would at times choose vending machine snacks over a healthy school lunch.

I also think this tendency is more common as children become teens and seem to “snack” for lunch while multi-tasking, rather than sitting down to a well balanced meal. I continually hear adolescent patients of mine report this preference when I ask about their lunch habits. Many students allowed to eat “off campus” also choose fast foods over a healthy school cafeteria lunch. Non-school day lunches are another issue.

One of the lead authors on the study stated that “competitive-food laws can have an effect on obesity rates if the laws are specific, required and consistent.” It seems like this might be a good cause to discuss with your own state representative.