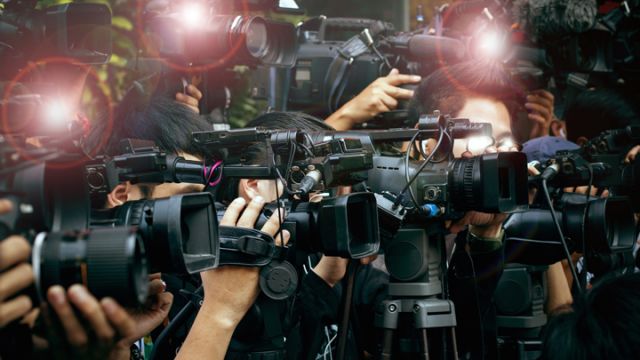 It’s a paradox that seems all too true — the more you follow the news the less informed and knowledgeable you really are. That’s the view of Nassim Nicholas Taleb, a statistician and risk analyst, whose prescience in predicting the faulty thinking that underlay the financial crisis of 2008 was due to the fact that he largely ignored the “noise” emanating from the media echo chamber. Taleb sums up his attitude with a witty aphorism, “Information is bad for knowledge.”

The kind of flawed thinking Taleb refers to falls under the heading of cognitive bias – the tendency to see what we want to see (or expect to see) rather than what’s really the case. The mainstream media is pretty good at reinforcing people’s proclivity to fall for cognitive errors.

For example, in the run up to the 2000 market meltdown, there was a great deal of hoopla and cheerleading from the financial media. Anchors gushed about “stock splits” in hyperbolic terms.

From a financial point of view, stock splits were hardly newsworthy events. After all, as Warren Buffett noted, dividing a pizza into sixteen slices doesn’t give you more of a meal than cutting it up into eight slices – it’s still the same pie. The principle applies to businesses too. But the public bought into the frenzy. The more breathless the commentary — and the more often the conventional wisdom ended up being repeated — the truer it all seemed.

The media is very adept at exploiting cognitive errors. That’s partly because most people prefer the comforting fiction than the discomfiting truth. This tendency is so deeply ingrained that psychologists have identified well-known cognitive biases. Understanding what they are can help you develop a resistance to the media’s never-ending attempts to spin the news. The following are five cognitive errors you need to be aware of:

1. Confirmation bias is the tendency to interpret new information in ways that confirm one’s preexisting beliefs. Information that supports one’s views (or prejudices) is given inordinate weight, while evidence that contradicts is discounted.

The traditional media is virtually predicated on exploiting our tendency towards confirmation bias. Shocking footage — replayed endlessly following a tragic event — primes people to expect more of the same. We generalize from what we see and we infer that the future will look like what has already transpired.

For example, recent coverage of the police officers ambushed in Dallas and Baton Rouge can make it seem as if there is an epidemic of cop killers on the loose. Of course, one cop murdered is too many. But the number of police officers killed in the line of duty has actually been on the decline in recent years.

A similar pattern plays out for other acts of senseless violence — a terrorist attack or a grisly shooting garners sensationalistic headlines and 24/7 coverage, which can seem to confirm everyone’s worst fears — that bloodshed is going through the roof, even when rates of violence are steady or trending down.

2. Argument by authority is a weak form of reasoning according to logicians. But people tend to comply with authority figures, particularly when they identify with them. Nowadays, news anchors have become celebrities/authorities that purport to represent some beleaguered group or class of viewers.

All too often, these reporters simply tell their audiences what they want to hear. It’s been a winning strategy as far as ratings go. However, the true purpose of journalism — a quaint little notion called objectivity — seems to have fallen by the wayside.

3. How emotions overwhelm inference and facts. The philosopher David Hume famously said, “Reason is the slave of the passions.” What he meant by this is that all too often emotions are in the driver’s seat and reason is just a passenger. Media outlets recognize that facts, arguments and objectivity do not grab readers.

On the contrary, emotionally gripping and sensational stories do. For example, reports about terrorism consume our collective attention. But according to the U.S. State Department, the number of Americans killed in domestic and overseas terrorist act amounted to 3,380 from 2001 to 2013. A horrendous figure, of course, but that number is dwarfed by the 13 million people killed each year worldwide by environmental causes.

The media recognizes the potency of emotionally-charged stories, but allowing feverish media reports to drive public policy debates is usually a recipe for failure. People need to recognize that the media is trying to play their emotions like a piano, which has the effect of tuning out their reason altogether.

4. The narrative fallacy is the tendency to try and fit our messy experience into a tidy familiar script as a way of explaining things. It’s a very human inclination, but when news organizations start packaging stories like they are WWF sagas, then we have a problem.

One byproduct of this bias is that the media sensationalizes and over reports events that have readily identifiable bogeymen because they fit in with a narrative fallacy, which parses the world neatly into stories with heroes and villains. These tales may strike an emotional chord, and they are the ones that attract big audiences. However, these media accounts frequently mislead people into overestimating the risks of crime and terrorism while discounting commonplace hazards.

5. The law of the excluded middle is another fallacy the media frequently employs. Because entertainment — not edification — has become the primary function of most news departments, there is decided tendency to dumb content down to a third-grade level. Consequently, complex issues — with shades of gray — are distilled down to banally simplistic caricatures. It’s good versus evil, us versus them or Coke versus Pepsi with no middle ground allowed.

George Orwell recognized a variation on this theme — he called it Newspeak. The purpose of Newspeak, as outlined in Orwell’s novel “1984,” is to demarcate certain ideas off limit — what he called “thoughtcrime” — by making certain concepts virtually unthinkable.  By excluding middle-ground positions, the mainstream media circumscribes thought in much the same way as Orwell feared.

Part of the problem with the mainstream media is that it tells us what we want to hear. It exploits our fears and panders to our vanities. It is frequently misleading, but it does so partly out of self-interest and partly because we let it.

There are deeply ingrained flaws in the ways humans filter information and evaluate claims. Understanding common cognitive biases can help people avoid falling for them.