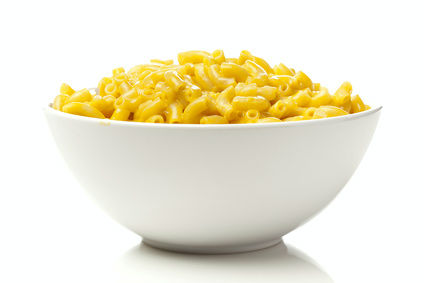 Artificial colors that give an almost eerily bright hue to many processed foods are well-known for their potentially harmful effects on health, especially in children. Many of these dyes, like yellow 5, red 40 and six others, are even banned in other countries, but unfortunately, not here in the U.S.

Earlier this year, Kraft, the maker of that famous Mac and Cheese product, was petitioned by two mothers to use safer, natural coloring in their products as it does in other countries where the dyes are illegal, but Kraft said no.

Recently, however, there has been a small victory in the campaign to remove the artificial yellow dye out of the company’s Mac and Cheese products. Kraft announced that it is pulling the coloring from at least three of its boxes in the U.S. and Canada.

Unfortunately, this positive change doesn’t affect the popular “original flavor” plain elbow-shaped mac and cheese but it will affect new recipes that will be available in 2014 including SpongeBob SquarePants, Halloween and winter shapes as well as two more shapes that are expected to be added.

Kraft Food Group vice president of marketing meals, Triona Schmelter said the new natural color will be made from spices like paprika. Company officials deny that the North Carolina moms who started the petition, which garnered over 348,000 signatures had anything to do with Kraft’s decision.

According to ABC News, one of the mom’s, Vani Hari, promised that she’ll “continue to keep the pressure on” the company. Hari said she has been “worried about the additives, yellow dye 5 and yellow dye 6, which adds nothing to flavor but is potentially dangerous to children’s health.

She did some research and found that in the United Kingdom, the same Kraft food products are dye-free, using natural beta carotene and paprika to result in nearly the same color.

With so many plants of a variety of colors existing in nature to safely color any food, why are artificial dyes used? In addition to paprika and natural beta carotene, U.K. companies use beetroot and annatto to color foods while the U.S. continues to allow potentially dangerous dyes because these lab ingredients can be more cheaply produced.

In order to increase profit margins, food companies replace real ingredients with cheaper, artificial ingredients whenever possible with both food manufacturers and pharmaceutical companies benefiting from their use, while consumers suffer the ill effects.

American companies will continue these practices until consumers stop purchasing their products. Food companies in the U.K. and other countries have found that their customers, particularly parents, are becoming more and more concerned about what’s in the food they buy, forcing the companies to reformulate product lines with healthier ingredients.

Is it too much to ask that the same values are placed on the lives of American kids? Our children are the first generation of kids that are expected to have a shorter lifespan than their parents. It is up to all of us to change this direction and let companies know that we will not allow this to happen.