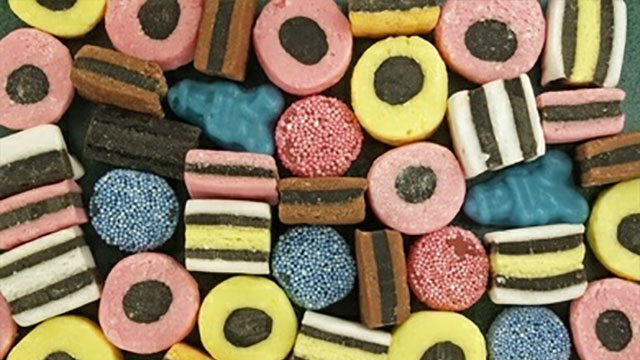 The vibrant, glaringly-bright artificial colors found in so many of today’s foods may spell significant trouble for your health. Artificial food colorings offer no nutritional value, and additionally, many have been reported to lead to adverse health effects, especially in children. While processed foods of all varieties are the main sources of artificial colorings, certain unexpected ‘health’ foods may also be sources. A few common examples are juice, vitamin water, yogurt and cheese. In the past 50 years, our use of artificial dyes has increased by 500 percent.

The Center for Science in the Public Interest (CSPI) is currently petitioning the FDA to ban many artificial colorings, due to research highlighting their dangers. These dangers include but are not limited to hyperactivity in children and allergic reactions.

Artificial colorings are often subject to repeated animal testing, and many are made from industrial chemicals such as petroleum and propylene glycol (antifreeze). A few of the most common – and most potentially detrimental – are Blue 2, Red 3 and 40, and Yellow 5 and 6.

Blue 2 aka Indigotine, Indigotin, Indigo Carmine: A dye derived from coal tar, Blue 2 is a common food coloring that is also used to color the denim in blue jeans. This chemical compound is created by fusing sodium phenylgycinate and indoxyl. While natural indigo blue is derived from plants, indigotine is a synthetic petroleum-based compound.

Already banned in Norway, Belgium, Australia, Sweden, Switzerland, France, Germany and Great Britain, Blue 2 has been linked to brain cancer in lab rats by some studies. Other reported symptoms include asthma, skin rash and hives, along with the propensity for the mild to severe allergic reaction which is common to most artificial colorings.

Red 3 aka Erythrosine: A coal tar and fluorone-based dye, Red 3 is known for its cherry-pink color. In 1983, it was considered for banning in the United States due to possible links to thyroid cancer, but somehow remained FDA-approved. In 1990, it was banned from cosmetics and topical drugs due to studies linking its external use with breast cancer in humans.

However, it is still widely used in food to this day. Aside from Red 3’s link to thyroid cancer and to hyperactivity in children, other studies on lab rats linked high levels to general behavioral changes, sperm abnormalities and DNA damage. While Red 3 is still commonly used, it has been replaced in part by Red 40.

Red 40 aka Allura Red: Often known as a ‘safer replacement’ for Red 3, Red 40 often contains aluminum and other metals. Some studies indicate that this coloring is carcinogenic, and also link it to general organ toxicity. Developmental and reproductive changes in lab rats have also been noticed.

Children have been found to be especially sensitive to Red 40, with some exhibiting symptoms aggressive behavior, temper tantrums, and uncontrollable crying. Some parents have stated that they noticed drastic changes in their children’s behavior after discontinuing foods containing this dye. Adults and children alike have reported migraines, upset stomach, nervousness, jitteriness and inability to concentrate after a high intake of Red 40.

A truly disgusting note on red dyes: both Red 3 and Red 40, along with other red dyes, contain cochineal beetles. According to Change.org, the average middle-aged American has likely consumed at least one pound of red dye in his or her life, equalling approximately 70,000 cochineal beetles. Delicious!

Yellow 5 aka Tartrazine aka Y4: Yellow 5 is a dye based in both coal tar and crude oil 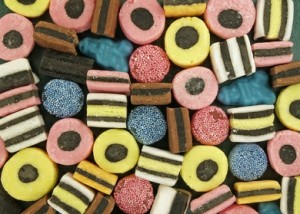 runoff containing benzene, a known carcinogenic. While benzene has been banned from gasoline, it is still prominent in our food, largely thanks to this artificial coloring. One of the most commonly used food dyes in existence, Yellow 5 is one of the main dyes under scrutiny by studies linking its use to hyperactivity in children and severe allergic reactions to those sensitive to aspirin.

Also, one study performed in Algeria in 2009, and another performed in India the following year, linked Yellow 5 to decreases in sperm production in mice. Some people have also reported asthma, headaches, hives and skin rashes associated with Yellow 5.

Yellow 6 aka Monoazo aka Sunset Yellow aka Orange Yellow S: Banned in Norway and Finland, Yellow 6 is another coal tar-based dye, created when benzenesulphonic acid is treated with hydrochloric acid and sodium nitrite. This dye is similar in structure to Yellow 5, and is associated with cancers of the adrenal glands and kidneys.

Along with the hyperactivity and allergic reactions associated with Yellow 5, Yellow 6 has been linked to digestive problems such as diarrhea and vomiting. Others have reported nettle rash, swelling of the skin, migraines and worsening of asthma symptoms.

While many studies exist, there is much conflicting information concerning the extent of the effects of artificial food colorings. Long-term effects, for example, are largely unknown; a troubling fact to a nation living largely on processed foods. The results of studies that have been performed, however, show that significant harm, and definitely no good, can come from using these chemically-based food dyes.

As plants of many colors exist in nature to safely dye any food, the use of artificial colorings including the ones listed above is entirely unnecessary, and potentially dangerous. If a food exhibits a color that is not found in nature, it is probably not a great idea to eat it.