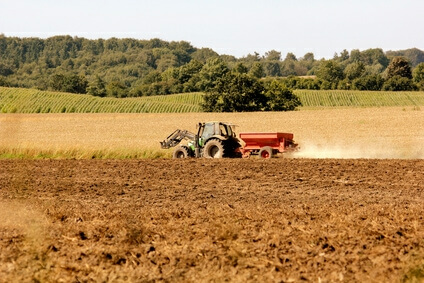 The way our nation eats is costing us our planet’s health. Aside from the highly detrimental effects of our eating habits on our health, our environment is suffering greatly from our use of pesticides and GMO crops.

Today, most crops are grown with the aid of one synthetic chemical or another, and GMOs are becoming the norm in America, despite other countries outlawing them due to health and environmental concerns. If America is able to adopt an organic lifestyle and put an end to these dangerous practices, we could literally save our planet.

The United States’ use of pesticides, herbicides, fertilizers and fungicides is disrupting the delicate natural balance of our planet’s food chain, today more so than ever in history. According to the Environmental Protection Agency (EPA), over 700 million pounds of pesticides are used by farmers to treat their crops each year.

This is approximately double the amount used 30 years ago. Additionally, the chemicals used are now between 10 and 100 times more potent. The frightening fact is, only about one percent of the pesticides used on crops even reach the ‘pests’ they are intended to eliminate; the remaining 99 percent leaches into the environment with no added benefit.

The environmental impact of this widespread pesticide use is huge. Statistics compiled by the U.S. Fish and Wildlife Service show that pesticides are a major threat to endangered species, including migratory birds, and their habitats.

Recent studies of major rivers and streams found pesticides in 90 percent of the water sampled, as well as in 80 percent of fish. The Fish and Wildlife Service also lists pesticides as one of the leading causes of water quality decline and deformities in amphibian populations.

As pesticides destroy the natural enemies of the insects and rodents they are intended to kill, along with the species themselves, their use is leading to more and more endangered species due to the predators’ ingestion of toxic chemicals. ‘Beneficial’ insects and pollinator species crucial to our environment’s natural functionality are continuously depleted by the use of these pesticides.

Traces of pesticides can be found almost everywhere in our environment, including inside our homes. The most common crops treated with pesticides are corn, cotton, fruits, vegetables, soybeans and tobacco. The EPA states that approximately 90 percent of fungicides, 60 percent of herbicides and 30 percent of insecticides are carcinogenic.

This means that growing our most common crops is leaking cancer-causing agents into our soil, not to mention into our bodies, on a daily basis. While many consumers buy commercially-grown produce without a second thought, it is crucial to consider what pouring money into the industries supporting the use of these chemicals is doing to our planet.

Another modern eating habit of ours that poses significant hazards to our environment is our cultivation of genetically modified (GMO) crops. Over 170 million acres of American farmland have been devoted solely to these crops since 1996. So far, very limited research has been performed as to the ecological impact of growing and using these crops.

However, the research that has been done shows that GMO crop development can lead to the creation of insect-resistant pests, the transformation of useful, edible crops into weeds by process of gene mutation, the extinction of wild plant species and potential toxicity to wildlife.

As the United States currently has no system of monitoring the adverse effects of GMOs except for their impact on insect resistance, many environmental impacts of these crops may be occurring under the radar.

Genetically modified crops, specifically Bt corn species, have been found by Swiss researchers to have a negative impact on the green lacewing, a insect considered to be a beneficial predator critical to our food chain. In studies, green lacewings fed Bt corn suffered higher rates of death and developmental abnormalities than those fed non-Bt corn.

A study published in Nature magazine showed that if this particular strain had become widely used, 50 percent of the monarch butterfly population would have been threatened. By a fluke, this strain was one that did not sell very well and had not been widely planted.

It was quickly pulled off the market after studies confirmed its risks. However, other strains of Bt corn may prove to be just as toxic to similar insect species and their food supplies, and extensive testing is yet to be performed.

This could also lead to herbicide-resistant weeds, experts speculate, creating a vicious cycle of demand for more and more genetic modifications on crops, each with a new set of problems.

The only way that we as a nation can protect our environment from the hazards of pesticides and GMOs is to discontinue their use. Adopting an organic lifestyle, which supports natural soil enrichment, crop rotation, and uses natural pest predators instead of dangerous chemicals, would eliminate these dangers.

Organic standards do not support the use of GMOs, and instead encourage the proliferation of natural agriculture. This protects the natural nutrients in our soil, our wildlife, our drinking water and our planet’s natural ecological balance.

If consumers keep turning a blind eye to the dangers of conventional farming and the use of pesticides and GMO crops, we are dooming our planet to a slow and painful death.