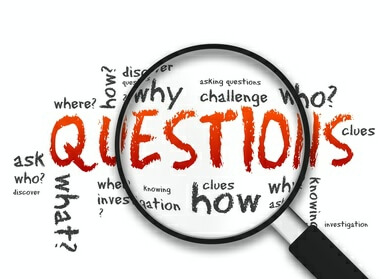 Since 1930, many Americans have trusted the Food and Drug Administration (FDA) to tell us what foods are safe to eat and what products are safe to use. According to their mission statement, posted on fda.gov, “the FDA is responsible for protecting the public health by assuring the safety, efficacy and security of human and veterinary drugs, biological products, medical devices, our nation’s food supply, cosmetics, and products that emit radiation.”

Sadly, the facts tell a different story. Time and time again, the FDA has failed to sufficiently test products before giving them a seal of approval, knowingly risking the lives of all Americans who place trust in them. Two pertinent examples of this failure are the FDA’s history regarding the use of bisphenol A (BPA) and aspartame.

In July of 2012, the FDA announced that it would discontinue the use of BPA, an estrogen-mimicking chemical compound, in baby bottles and toddler cups. Until then, the compound was used regularly since the 1960’s in plastic bottles and can linings, including cans of baby formula and soda.

However, even in light of multiple studies regarding the dangers of BPA, including hormonal changes and early puberty in adolescent girls, the FDA still sanctions the use of BPA in non-baby products. It is still allowed in our can linings, plastic containers, and ironically, in cans of baby formula.

Studies have confirmed that BPA can leak from containers into our food. It has also been found in the blood, breast milk and umbilical cord blood of pregnant women. A study of approximately 2,000 people discovered that over 90 percent of them had BPA in their urine.

Even so, the FDA insists that BPA is safe, and says that the ban of BPA in baby products was merely a gesture in response to consumer concerns. The FDA’s deputy commissioner of foods, Michael Taylor, was quoted saying that the FDA, “has been looking hard at BPA for a long time, and based on all the evidence, we continue to support its safe use.”

This assurance of BPA’s ‘safety’ goes against the mounting evidence linking BPA exposure to hormonal imbalances, ADHD and other behavior problems in children and even links to cancer in lab animals.

On the FDA’s ban of this chemical in baby products, president of the National Research Center for Women and Families Diana Zuckerman says, “the FDA is slowly making progress on this issue, but they are doing the bare minimum here.” Indeed, allowing BPA in baby formula containers and in other plastics, used by children and adults alike, seems like even less than a ‘bare minimum.’

Another example of a substance with FDA support, in spite of a huge amount of research indicating its dangers, is aspartame. Between 1980 and 1994, the National Institutes of Environmental Health Sciences (NIEHS) proposed further studies of aspartame to the FDA to determine its safety, as troubling symptoms were being reported by consumers.

Within this timeframe, there were approximately 8,000 complaints of nausea, headaches, seizures and vision problems related to aspartame. According to NIEHS toxicologist David Huff, “if 100 people have a headache after chewing NutraSweet gum, only one’s going to report it.”

In 1994, experiments published by the Washington University of Saint Louis linked aspartame with brain tumors in lab rats. Despite this evidence, however, the FDA refused to support further testing on aspartame. Representatives bluntly stated that the reasoning for this refusal was that such reports were not proof of a causal relationship. 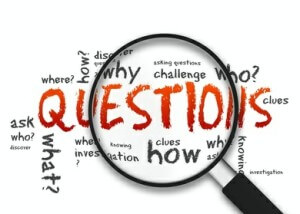 In 1996, Alan Rulis, an official at the FDA, stated that the FDA would need, “a scientific basis,” to endorse further research. He also stated, “mere concern about a product cannot be allowed to drive a decision about a safety study.”

As a result of this attitude, aspartame remains FDA-approved and widely used in ‘sugar-free’ products to this day. David Rall, a former director of the NIEHS National Toxicology Program, summarizes, “it’s a wonderful way to ensure that it isn’t tested… discourage the testing group from testing it and then say it’s safe.”

It is clear that as aware consumers, we must be responsible for our own health, and not continue to trust government agencies such as the FDA with our health decisions. Be sure to do your own research on anything that you put into your system or introduce to your children. The FDA has proven that it has its own agenda, and not our best interests, in mind.