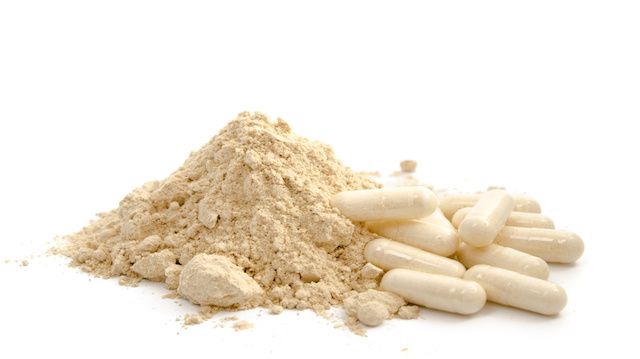 Do you feel like you’re running around with your hair on fire, just trying to catch up to life? This is a common feeling in our sleep-deprived, caffeine-charged world.

Many of us reach for a hit of sugar or another cup of coffee when we’re feeling sluggish or stressed, but this is just a quick fix. In reality, fueling with snacks, sweets and caffeinated beverages is just keeping you running on a never-ending hormonal hamster wheel.

You see, caffeine gives you “energy” simply by drawing on already-depleted resources within your body. It forces the adrenal glands to pump out more cortisol, a stress hormone, which starts a cascade of events including more sugar being drawn into the blood. Eating sugary foods is just like a short cut to the same effect.

But the problem is, this artificial charge-up is simply “borrowing from tomorrow to pay for today.” It’s a short-term solution that you must keep repeating each time the buzz slows down. Eventually you’ll reach the bottom of your energy bank account, and you will experience adrenal burnout.

Rather than continuing on this damaging roller coaster of blood sugar and hormones, consider trying a form of natural herbal support called adaptogens.

Adaptogenic herbs have been used for thousands of years in Eastern and traditional medical practices to help people adapt to stress. They are an intelligent type of plant, meaning that the way they function in the body is responsive to an individual’s needs.

How do adaptogenic herbs work?

One of the main ways in which adaptogens work is to curb the stress response. This isn’t necessarily by any particular mechanism, but rather by normalizing all physiological functions, even in the face of challenging situations.

According to naturopath and chiropractor Edward C. Wallace, “Modern herbalists say adaptogenic herbs are plants with properties that exert a normalizing influence on the body, neither over-stimulating nor inhibiting normal body function, but rather exerting a generalized tonifying effect.”

Adaptogenic herbs help to modulate the production and emission of cortisol. Although cortisol has a bad reputation for being a stress hormone, it is also critical to normal function because it allows us to feel awake and alert when needed (i.e., to rise in the morning).

However, when cortisol is overproduced or its levels are out of balance, many harmful effects occur in the body. These can include digestive distress, sleep issues, weight gain, depleted energy, accelerated aging and even heart disease or diabetes. It is therefore important to regulate the production of cortisol so that it remains at a healthy level as needed throughout the day.

Adaptogenic herbs are able to help normalize cortisol production by supporting the adrenal glands, which are the body’s primary mechanism for chemical responses to environmental and emotional changes. These important little glands, which sit on top of the kidneys, are all too often abused and exhausted by the demands of modern life, and the general lack of self-care practices in Western society.

Adaptogens can also enable the body’s cells to work more efficiently to create energy and eliminate waste products. Overall the effect is one of rejuvenation, restoration and balance.

Mainstream science has begun to acknowledge what has been held true for millennia in other modes of medicine, and studies are being performed to confirm the positive effects of adaptogens. Here are some of the most effective and time-tested adaptogenic herbs for you to consider.

Note that dosing guidelines are for reference only — you should always talk to your health-care provider about your individual situation.

Asian (red) ginseng (and other ginsengs)

Originating in Asia, ginseng is one of the most treasured medicinal herbs in the world. Other medicinal plants that exhibit similar beneficial effects are sometimes called ginseng even though they are unrelated. Examples are Siberian ginseng and Brazilian ginseng.

There are many benefits related to this type of plant including a strengthened immune system and healthy cell regeneration. Studies show that it may have a protective effect against the growth of cancer cells, and it creates a sense of well-being.

Try using 100–200 milligrams of a standardized ginseng extract, which should contain 4 to 7 percent of the active ginsenoside compounds. Another option is to take a dried and powdered form in capsules at a dosage of 1 to 2 grams per day.

Ashwagandha is also known as Indian ginseng or winter cherry. The name ashwagandha means “the sweat of a horse,” indicating that a person who uses the herb will gain the energy and vitality of a horse. This herb functions via active constituents called withanolides, which have a number of positive effects including improved physical endurance and mental acuity. It is said to restore the function of nerves and also act as an aphrodisiac.

Try taking 3 to 6 grams of the dried root daily. Those who are sensitive to nightshades may not benefit from ashwagandha. If you have trouble digesting it, trying taking some ginger along with your dose.

A number of mushrooms have incredible anti-stress effects, including reishi, shiitake, maitake and cordyceps. Benefits include anxiety relief, enhanced immunity, and cancer protection.

If you are buying medicinal mushrooms, seek out whole dried ones or extracts made from the fruiting body. These will be superior in quality and in terms of therapeutic efficacy.

Holy basil is also known as tulsi in India, where it is valued as an anti-aging elixir. Modern research is beginning to confirm that holy basil helps regulate the immune system and stress response, and even helps keep blood sugar and blood pressure in check.

The recommended dose is 40 to 60 drops of a tincture, three times per day. Look for a whole herb extract rather than any isolated active ingredient.

Rhodiola is a versatile and slightly stimulating adaptogen. It can help people who feel depleted and fatigued in general, or who have fibromyalgia or chronic fatigue syndrome.

Due to the stimulating activity and a tendency to have a drying effect, those who suffer from insomnia, dry mouth or constipation may want to avoid using rhodiola.

Dosage recommendations are 40 to 60 drops of a whole herb tincture, 2 or 3 times per day.

Herbalists say that eleuthero helps with mood and mild depression, as well as physical symptoms such as joint pain and muscle spasms. Although it is generally considered safe, those with any heart health concerns should speak with a professional before use.

The best way to take eleuthero is by consuming 2 to 3 grams of the dried root in a capsule. 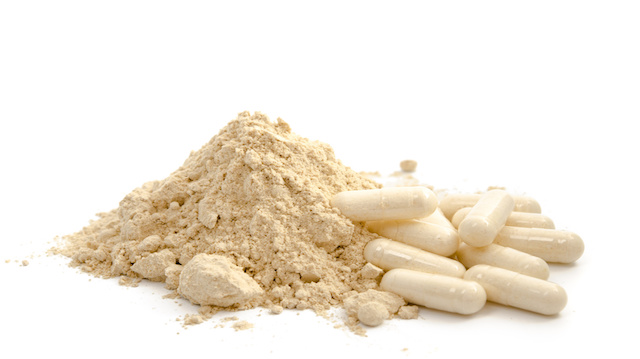 Maca is a South American root that has been long celebrated for its balancing effect on hormones. Those going through middle-age changes find maca very helpful to retain energy and vigor.

Maca is usually used in a powdered form and can be found in many superfood blends and green powders.

Please note: Most, if not all, adaptogens should be avoided by pregnant and nursing women, due to lack of research in this area.

Try using adaptogens in conjunction with other healthy changes, such as dialing up your self-care practices, sleep and nutrition. If you set an intention to work with your body instead of abusing and depleting it, you will find harmony and balance!

Also try these stress-relieving essential oils as part of your relaxation routine.