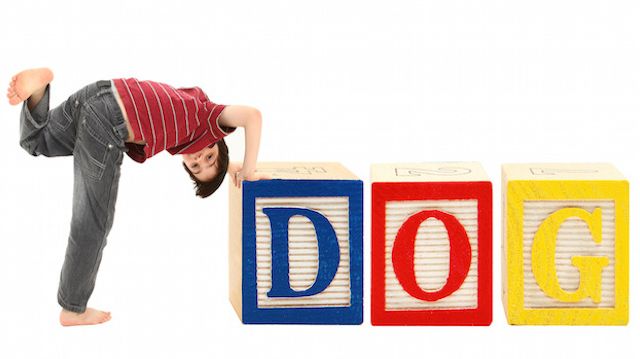 A 6-year-old California boy with autism regularly reads to shelter dogs at Carson Animal Shelter, Gardena. Jacob Tumalan began reading to shelter dogs after accompanying his aunt and cousin who are regular volunteers at the shelter. While loud noises and lots of activity are generally a problem for him, that’s not the case at the shelter, where he stays focused, according to his mom.

Those on the autism spectrum benefit from animal contact in a variety of ways. Although Jacob reads to the dogs to help them become less shy while in the shelter, it’s obvious the experience is quite beneficial to him, too.

You can watch Jacob reading to dogs below in this video:

Autism is a brain disorder, with signs generally appearing when a child is between the ages of two and three years. In the United States, one out of every 42 boys and one out of every 189 girls are diagnosed somewhere along the autism spectrum, according to the national organization Autism Speaks. About 40 percent of individuals on the spectrum have average or above-average intellectual ability, while roughly one-third are nonverbal. Those on the spectrum may experience the following:

Probably the world’s most famous autistic person is Dr. Temple Grandin, a professor of animal science at Colorado State University and a well-known author. She is an expert on animal behavior, and says that it is easy for her to understand animal thinking because it is similar to the way autistic people think. She notes that she thinks entirely in pictures, with no language-based thoughts. “People with autism and animals both think by making visual associations,” according to Grandin. She adds that fear is the primary emotion in autism, and also the main emotion in prey animals, such as horses. Kids with autism and horses are often frightened of the same things, which include objects making sudden movements. High-pitched noises scare both autistic people and animals. However, Grandin observes that animals are very social, which is not the case with those on the autism spectrum.

Equine-assisted therapy can aid an autistic child both physically and emotionally. It’s not uncommon for autistic youngsters to utter their first words while around or on the back of a horse. When around horses, kids with autism are often less distracted and more social than during other activities.

Dogs and the autistic

Dogs are especially good for many kids with autism, as they provide unconditional love and companionship, according to Autism Speaks. In a study published in the March/April 2014 issue of the Journal of Pediatric Nursing, 67 percent of the families with autistic children surveyed had a dog, and an overwhelming 94 percent of parents reported their children as bonded to the dog. The report stated, “Children living with dogs interacted with them in play and/or sharing personal space.” The need for personal space is often an issue for those on the autism spectrum. According to parents interviewed, “Sensory issues of the children impacted their interaction with dogs inside and outside the home.”

A study by the Research Center for Human Animal Interaction, College of Veterinary Medicine, University of Missouri, published in the May 2015 issue of the Journal of Autism and Developmental Disorders, found children on the autism spectrum who had dogs had higher scores for social skills testing.

For some kids with autism, a dog is more than a family pet. Canines specially trained as service dogs for children with autism not only keep them safe, but also prevent them from wandering off. The latter is often a major issue for the parents of autistic children. The dog responds to commands given by the parent when outdoors, and helps keep an eye on the child when in the house. These dogs are often trained to sleep with their charges. The weight of the dog’s body beside the child in bed tends to relax the youngster and makes sleep come easier. The presence of the service dog improves the quality of the entire family’s life. Parents report many benefits to their autistic children:

When planning to bring a dog into the home, it’s crucial that the family of an autistic child  carefully select the animal for temperament. Service dogs are screened for disposition, but adopting or buying a dog requires careful decision-making. A dog that might otherwise make a good family pet may not handle the demands of an autistic child. It can also take the child a while to bond with the dog. The right dog makes a world of difference to an autistic child.