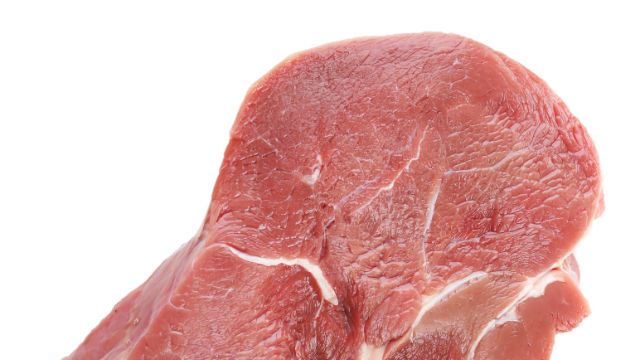 The price of ground beef has continued to break new records, with the average price in the country as of October at a little over $4.15 a pound, according to the Labor Department’s Bureau of Labor Statistics.

Ground beef prices topped $4 per pound two months earlier for the first time in history. In October of 2013, the average price for a pound of ground beef was about $3.39. So, this signifies an increase of 22.6 percent in just one year.

Considering that tens of millions of Americans consume hamburger meat every day, these skyrocketing prices are hurting millions of families, some of which may already be having difficulty making ends meet.

If you’re one of them, and even if you aren’t, this might be a good time to consider eating less meat. While you do need protein, consider that most Americans already get more than enough. Experts recommend that adults get 10 to 35 percent of their total daily calories from protein, or 50 to 175 grams a day on a 2,000 calorie per day diet.

There are many other sources other than meat, including protein-rich foods like beans, legumes and seeds. Many foods which are not complete proteins on their own, such as beans, become a complete protein when combined with a whole, gluten-free grain, such as brown rice.

One way to cut back is to change your thinking when it comes to making meat the star of a dish. Instead, build your meals around vegetables and think of meat as a side dish. Going meatless one or two days a week is another great option.

“Meatless Mondays” has become a popular catchphrase as part of an international campaign to encourage people to cut down on meat consumption. It was started over a decade ago in association with the Johns Hopkins Bloomberg School of Public Health, and is now active in 29 countries.

The campaign notes that many people are saving money by adding meatless meals to their weekly menus, in addition to enjoying a number of health benefits. According to the Mayo Clinic, simply eating less meat provides a protective effect. The site notes that a National Cancer Institute study of half a million people found that those who ate the most red meat daily were 30 percent more likely to die of any cause during a 10-year period than were those who ate the least amount of red meat.

Cutting back on meat also helps to curb spending on health care. In the US, chronic diseases like cancer, heart disease, stroke and diabetes cause 7 in 10 deaths every year and account for 75 percent of the $2 trillion spent on medical care.

Going meatless even just once a week may reduce your risk of many of these chronic preventable conditions, including obesity. A 2006 study found that each daily serving of fruits or vegetables was linked to a 4 percent decline in coronary heart disease, and a 5 percent lower risk of stroke. Adding more veggies in place of meat thus becomes a healthy move indeed.

Reducing meat consumption helps the environment too. It minimizes water usage, as approximately 1,850 gallons of water are necessary for producing just one pound of beef, compared to just 39 gallons of water to produce a pound of vegetables. It can also help to reduce greenhouse gases and fuel dependence.

With the price of beef at an all-time high, now is the time to consider eating less – your wallet, your health and our planet will all thank you.