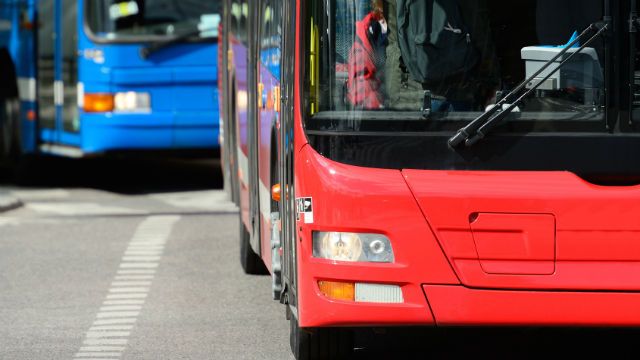 In recent years, ideas, the world has been embracing ideas, inventions and innovations which redefine the word “waste.” These creations defy the notion that once something is used, it is to be thrown away. The latest star in this line-up? A bus which runs on a combination of human and food waste has hit the streets in Great Britain.

November 20 was the debut day for the Bio-Bus, which transports passengers between Bath city center and Bristol airport. About 10,000 passengers are projected to ride the bus each month. The bus, operated by Bath Bus Company and travelling on biomethane gas by GENco, could take Great Britain leaps and bounds forward when it comes to clean, sustainable energy.

The 40-seat Bio-Bus sports dome-shaped tanks on its roof, which are filled with the biomethane gas. On biomethane, Charlotte Morton, the chief executive of the Anaerobic Digestion and Bioresources Association, says, “a home generated green gas, biomethane, is capable of replacing around 10 percent of the UK’s domestic gas needs and is currently the only renewable fuel available for HGV’s.”

Indeed, the biomethane, which is produced using anaerobic bacteria which break down waste into methane gas. One tank of biomethane gas fuels the bus for 186 miles, and it takes the annual waste of about five individuals to come up with this amount of gas. Utilizing this gas, the Bio-Bus emits up to 30 percent less carbon dioxide than a standard diesel bus.

Although a fuel made from human feces may sound – for lack of better word – gross to some people, impurities are removed from the methane to make it “virtually odorless.” Along with fuelling the Bio-Bus, GENco is also releasing biomethane into Great Britain’s national gas grid.

The Bio-Bus is not the first invention we’ve seen which harnesses human waste. In the beginning of this year, we reported on a group of 14-year-old students in Lagos, Nigeria who developed a generator which can provide six hours of power from purifying one liter of human urine. This invention could prove to be highly significant in the region, where millions do not have electricity.

It’s clear to see that one person’s junk (or waste) really can be another person’s treasure. In the case of the Bio-Bus and the pee-powered generator, it can be a treasure to all of us.