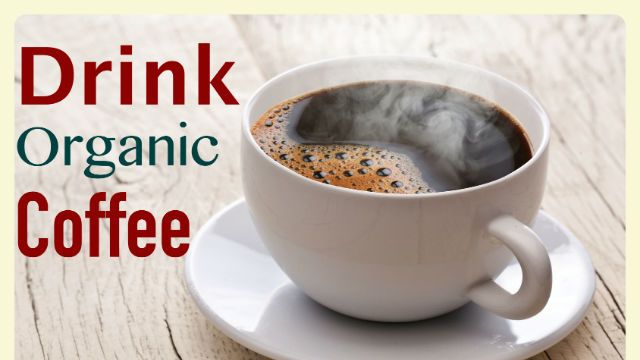 Over the past several years, the Keurig method of brewing coffee, which serves up one steaming cup using a single-serve coffee “pod,” has massively grown in popularity. The once-unknown system, which only established in the 1990s, is now the second most common way coffee is brewed in American homes.

According to statistics printed by the Seattle Times, while Americans spent 6 billion dollars on regular roasted coffee in 2013, they spent 3.1 billion on coffee pods. The Keurig is catching up. In fact, the Seattle Times reports:

“Sales of coffee made in single-serve brewing systems, barely noticeable five years ago, now account for more than a quarter of every dollar Americans spend on coffee to drink at home. By 2018, market-research firm Mintel expects consumers to spend nearly as much on coffee pods as they do on bulk coffee.”

What attracts consumers to the Keurig in droves is its convenience. You pour in some water, pop in a pod, push a button and your cup is ready. However, this method is not without its drawbacks, and as it turns out, they’re pretty significant.

The following are five reasons it’s best to brew your delicious organic coffee the traditional way instead.

Simply put, Keurig cups, or K-Cups, are not recyclable, and that’s a huge problem. Wellness publication Mother Jones reports that 8.3 billion of the cups are heaped into landfills each year. The company has announced plans to make the cups recyclable by the year 2020, but that’s a lot of cups thrown out in the meantime.

Additionally, K-Cups are manufactured from plastic, and the coffee inside them is usually conventionally grown using a variety of pesticides and chemicals. These not only harm our ecosystems, but also our health.

Organic, fair trade coffee, on the other hand, is grown without the use or pesticides and herbicides, using sustainable methods which put nutrients back into the soil.

The plastic cups may leach dangerous chemicals into your coffee.

Keurig coffee pods, and the pods from most of its competitors, are made of plastic, and when plastic and hot liquid meet, bad things may happen. This is because plastic is known to release certain chemicals when heated. Sometimes, this includes those that mimic hormonal activity. The most famous of these is BPA, or bisphenol A, which is known to have estrogenic properties.

The plastic that K-Cups are made from is #7, which does not contain BPA. However, it is still plastic. A study out of the University of Texas, performed earlier this year and published in the journal Environmental Health, tested a number of common plastics, and found that 70 percent of samples tested positive for “estrogenic activity.”

To summarize, the study authors wrote: “This hazard assessment survey showed that many BPA-free PC- replacement products still leached chemicals having significant levels of EA [estrogenic activity], as did BPA-containing PC counterparts they were meant to replace. That is, BPA-free did not mean EA-free.”

When brewing your organic coffee at home, try to select a coffeemaker that does not have plastic internal parts. Using a French press is one inexpensive way which usually does not utilize plastic – and many swear that it makes a superior cup.

Aluminum should not be touching your coffee.

Those little coffee pods come covered with an aluminum lid – and that in itself is a red flag. Chronic exposure to aluminum has been linked to both Alzheimer’s disease and Parkinson’s disease. If exposure is too high, symptoms of aluminum poisoning include appetite loss, convulsions, muscle pain, ulcers and spleen pain.

While critics may argue that a great deal of aluminum may be needed to trigger these side effects, Keurig drinkers are exposed often, once every cup, and it’s not worth the risk.

Those pods are expensive – especially in the long term

According to averages calculated by the New York Times, a pound of coffee pod coffee costs roughly 50 dollars, while a pound of roasted coffee beans costs roughly 20 dollars. Not the most cost effective option, by a long shot. Plus, if you do have the extra funds around to splurge on coffee, think what amazing, high-quality organic beans you could get for the price of a heap of mediocre-quality K-Cups.

The machine is hard to clean and may be a mold magnet.

Once the Keurig machine is set up, the tank inside is unable to be drained, and water cannot be fully emptied. So, how can you thoroughly clean it? Very tricky, if not impossible. Standing water is a breeding ground for mold and bacteria biofilms, some of which can be highly dangerous to human health if ingested.

Coffee is a great beverage choice not only for energy, but for health. It is linked to a lowered risk of stroke, liver cirrhosis and certain cancers, and nourishes the body with B-vitamins, potassium, manganese and plenty of antioxidants. Coffee has also been linked to longevity in general.

In order to get the most of your brew, however, ditch the pod machine and stick with the grinds. Better yet, grind whole beans yourself for the freshest flavor.