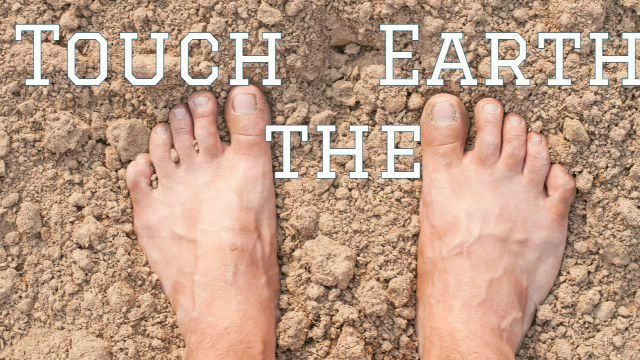 Have you ever noticed that when you remain cooped up inside the house for too long, you start feeling a bit off, or even ill? Conversely, have you observed that walking barefoot along the beach and digging your toes into the sand can instantly make you feel incredible?

According to Dr. Mercola, these phenomenons are not simply psychological. They have to do with the healing power of “earthing,” also known as “grounding,” which is defined as “direct physical contact of the human body with the surface of the Earth.” The absence of this contact has been associated with some serious consequences to your health.

In a very detailed article expounding the concept of earthing, Dr. Mercola cites a discovery by Clint Ober, known as “electron deficiency syndrome,” which occurs when the body is deprived of electrons. Ober linked this electron deficiency to an inability by the body to deal with inflammation.

A large body of research has described inflammation as being strongly linked to a variety of chronic diseases, such as heart disease, cancers, and autoimmune diseases including lupus and rheumatoid arthritis.

Dr. Mercola explains that the brain and nervous system communicate through the movement of electrons, as do many other systems and processes in the body. He also cites studies, including the physics principles of Richard Feynman, that show that the greater distance there is between an individual and the Earth, the greater the charge that accumulates in the individual’s body.

One such study, performed by researchers at the University of Iowa, found that people living in multistory dwellings had a 40 percent higher risk of stroke.

Dr. Mercola writes, “The reason you feel so good on that sandy beach is you are receiving a surge of healing electrons from the ground. The Earth is a relatively infinite source of electrons, having a slightly negative charge. But the Earth’s electrons are free to move. So, when you stand barefoot on that sand, electrons from the Earth flow into your body, a virtual ‘transfusion’ of healing power. This occurs until you equalize with the Earth.”

Enjoying the health benefits of earthing couldn’t be simpler: take your shoes off, and go outside, letting your feet connect with the grass, soil or sand. Aside from boosting your mood, it just may help keep your immune system in top condition.