There was both good news and bad in the recent food poisoning report by the U.S. Centers for Disease Control and Prevention (CDC). The report said that while some incidences with strains of food poisoning bacteria such as E. coli have decreased, others like the deadly vibrio have increased.

Reports of food poisoning between 2006 and 2013
The CDC’s report was based on information gathered by their FoodNet program between the years 2006 to 2008 and also 2011 to 2013. The findings showed that infections by strains of E. coli had decreased by 32 percent in those time frames. This was also true for sicknesses linked to Yersinia and Salmonella serotype Typhimurium.

Other food poisoning types either stayed consistent or increased. Salmonella and listeria more or less stayed the same. However, Campylobacter, which causes some stomach distress, was shown to have increased by 13 percent.

The largest and most troubling increase of infections was found from the bacteria of the genus vibrio, which rose a whopping 52 percent in both the 2006–2008 period as well as between 2011 and 2013. This particular bacteria is generally spread by consuming raw shellfish.

Deadliest foodborne pathogen
While infections are considered quite rare, they can be deadly. The most virulent strain of vibrio kills up to 50 percent of the people infected, which makes it the most deadly foodborne pathogen, and survivors can be left with life-changing disabilities.

As a further demonstration of the growing numbers of infection, 21 confirmed cases were on record in the U.S. 15 years ago. As of 2012, that number had jumped to 193. 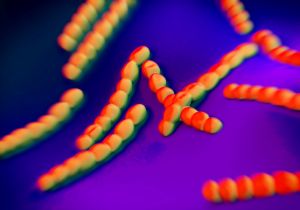 Warmer ocean waters seem linked to the increase
It is not completely clear what is causing the increase. It seems likely due to environmental factors. The vibrio bacteria thrive in warm water, so climate changes could be boosting its numbers.

Studies have linked warm ocean temperatures with an increase in vibrio bacteria numbers. As the climate has gotten warmer, vibrio has expanded its reach to areas where it was not found in the past.

“Most notably, they’ve been [seeing cases] in places like the Baltic and Germany,” said James Oliver, Ph.D., a professor at the University of North Carolina at Charlotte. Oliver conducted a study on vibrio infections.

Methods for processing oysters after harvesting vary and have different degrees of success in eliminating the vibrio bacteria. One of the biggest drawbacks is the cost associated with some of the methods.

“There’s a huge barrier in terms of capitalization,” said Chris Nelson, a trustee of the Gulf & South Atlantic Fisheries Foundation. “Let’s say you needed a million dollars — and some of the post-harvest processing pieces of equipment are upwards of a million dollars — you have to be a certain size operation.”

Not only can equipment be costly, but there are costs with transportation and time. Those extra costs ultimately end up being put onto consumers.

“Probably for every dollar spent processing, it’s going to result in at least three more dollars on the dinner plate,” Nelson said. “And probably even more than that because, if you make the additional investment, you’re going to want an additional profit.”