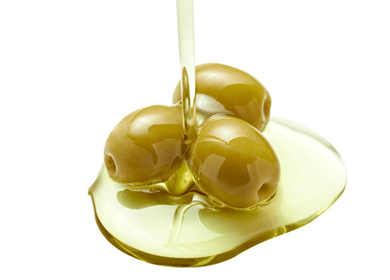 Does a person actually have to eat tasteless, chemically induced foods in order to lose weight? Reduced fat, low fat, low sugar, light and diet special foods line the grocery shelves, enticing those who are anxious to shed a few pounds before bathing suit season arrives. However, is the search for weight loss and long term health to be found it these “fake” foods that don’t seem to curb hunger at all?

A new study from the University of Vienna shows that eating natural oils and fat can help you feel fuller longer, resulting in healthy weight loss. Topping the list is olive oil, which, researchers say, has the biggest satiety effect.

Four different fats, lard, butterfat, rapeseed oil and olive oil were studied during the three month study. Participants ate low-fat yogurt that was enriched with one of the four fats as part of their daily diet. At the end of the study, those that consumed the yogurt with olive oil has a higher percentage of serotonin, the satiety hormone in their blood. In another part of the same study, one group was given plain yogurt and another yogurt enhanced with the aroma components of olive oil. This study yielded the same results; those that consumed the olive oil aroma-enriched yogurt had more serotonin in their blood than those who ate the plain yogurt. Researchers note that olive oil contains valuable substances that help reduce the absorption of glucose from the blood in liver cells

Blood sugar is the main controller of how full we feel after we eat. If blood sugar falls
fast, we will be hungry sooner than if it remains steady or falls slowly. In the olive oil study, researchers found that Italian olive oil did the best job reducing the absorption of glucose from the blood to liver cells.

The next time you are tempted to purchase those fancy diet foods with all the empty promises, skip them and head straight to the olive oil instead. Consuming a healthy diet with plenty of fruits and vegetables and a healthy dose of olive oil is a far better solution to keeping hunger at bay and dropping those stubborn winter pounds. Olive oil should not be used for cooking but rather drizzled on salads or added to foods after they are cooked to enhance the flavor.