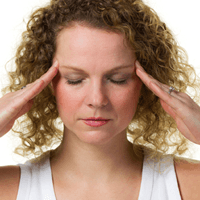 Pain is debilitating, interfering with the ability to sleep, work, and enjoy life. It can aggravate other health conditions and lead to depression and anxiety symptoms. Relieving it often requires a trial-and-error approach that embraces the whole person, not just the source, which cannot always be identified clearly. Many people find it useful to choose from a menu of different pain treatments and remedies, combining them in a regimen that fits their lifestyles.

In addition to the standard pain medications, and surgical repairs of specific problems, patients and their clinicians also have access to a wide range of nondrug therapies for pain.

Mind-body relaxation techniques have become well accepted as stress-reducing strategies and are commonly used at hospital-based pain clinics and recommended by mainstream health care providers and integrative medicine specialists. There are a number of techniques and philosophies, but, when used for treating pain, most have some basic themes in common.

First, chronic pain conditions can rob people of a sense of control over their bodies and, thus, their lives. Eventually a person who suffers with chronic pain may become defined largely by the pain, planning his or her entire life around it. Therapies that address the whole person, including the mind and emotions, can help restore a sense of self-control and self-efficacy. For example, cognitive behavioral therapy (CBT) is a form of psychotherapy that seeks to break counterproductive thought and behavior patterns that may exacerbate pain.

Because the perception of pain is unique to each person, you can use CBT to alter your perception of pain–to gain control of it. Similarly, relaxation therapies, such as meditation, can lower the stress and anxiety that accompanies pain, helping people regain some control over their response.

A common goal of many relaxation techniques and programs is to turn off what is known as the “fight-or-flight response” or the “stress response.” This is the reaction you feel when confronted with something frightening, like a bus veering in your direction.

The hypothalamus, pituitary gland, and adrenal glands work together to release a stream of stress hormones that cause your breathing and heartbeat to quicken, your senses to sharpen, and your reactions to speed up to get you out of the way of the bus quickly. That’s good, but if a source of long-term stress keeps stimulating the stress response, a variety of problems, including the exacerbation of chronic pain, may occur.

Relaxation techniques emphasize a strong connection between the mind and the body and can calm revved-up muscle, metabolic, and hormonal responses.

When you practice relaxation response techniques, your heartbeat and breathing slow and your body uses less oxygen, according to Harvard professor of medicine Herbert Benson, whose several decades of research described this response.

Below are descriptions of commonly employed relaxation techniques. You can choose from or, you can simply learn a few techniques to use whenever your plain flares up.

Mindfulness medication is closely related to other techniques that elicit the relaxation response. The core concept of mindfulness is the practice of purposely focusing your attention on the present moment–and accepting it without judgment. Mindfulness meditation is a common and increasingly popular form of meditation being used in pain clinics today.

Mindfulness is the opposite of multitasking. It has its roots in Buddhist practices and teaches us to live each moment as it unfolds but without judging what we are feeling and perceiving. It involves letting go of the past and future in your mind. Mindfulness is a component of many other relaxation techniques, including yoga, deep breathing, tai chi, massage, reflexology, journaling, and prayer.

Mindfulness is now being examined scientifically and has been found to be a key element in happiness. Professor emeritus Jon Kabat-Zinn, founder and former director of the Stress Reduction Clinic at the University of Massachusetts Medical Center, helped to bring the practice of mindfulness meditation into mainstream medicine and demonstrated that practicing mindfulness can bring improvements in both physical and psychological symptoms as well as positive changes in health attitudes and behaviors.

Scientists have discovered the benefits of mindfulness techniques to help relieve stress, treat heart disease, and alleviate conditions such as high blood pressure, chronic pain, sleep problems, and gastrointestinal difficulties. Mindfulness meditation may help control people’s pain by breaking anxious and depressive thought patterns and restoring some sense of control over their condition.

In several research studies, Kabat-Zinn demonstrated that mindfulness meditation could provide dramatic and lasting pain relief in a variety of conditions. He showed that meditation can be a valuable add-on therapy to drug treatment.

In one study, he taught mindfulness meditation to half of a group of 42 patients who were being treated with medications and physical therapy at the University of Massachusetts’ pain clinic. The meditation boosted these patients’ pain relief by 36 percent, while also improving their mood and reducing psychological distress.

More recently, in a Wake Forest University study, 15 healthy volunteers were taught mindfulness meditation and then monitored by MRI while a pain-inducing heat device was applied to their leg for six minutes. The meditation reduced pain unpleasantness by more than half (57 percent) and pain intensity by 40 percent. The study also showed that mindfulness meditation affected pain-processing areas of the brain such as the primary somatosensory cortex, the anterior cingulate cortex, the anterior insula, and the orbitofrontal cortex.

This form of relaxation therapy focuses on relaxing your muscles in a sequence from the tips of your toes up to the top of your head or vice versa. You might begin by gently curling up your toes, holding the contraction, and then gently releasing them. Then move on, contracting and releasing the muscles around your ankles, calves, knees, buttocks, hands, and so forth on up to your face and head.

One of the essential aspects of breathing exercises is concentrating, in a calm way, on your inhalation and exhalation, an activity that you ordinarily take for granted but that is crucial to your survival. You can improve your breathing by relaxing your stomach and shoulders and taking deeper, slower breaths. Breathing exercises are designed to teach you to draw oxygen deep into the lungs, expanding the belly as well as the chest with each breath.

Clinical hypnosis is a procedure in which a trained clinician or therapist gives a patient a series of verbal instructions with the goal of helping the patient enter a state of deep relaxation. In this relaxed state, the patient is aware of everything that is going on, but at the same time, becomes increasingly absorbed in using his or her imagination as directed by the therapist.

Therapists use a variety of techniques to help their patients acquire the self-control and confidence to visualize, realize, and achieve goals such as reducing sensations of pain. Therapists often teach their patients self-hypnosis methods that they can employ on their own to reinforce and continue the process at home.

Hypnosis has been used to relieve pain and influence behavior for more than 150 years. Evidence-based research on the use of hypnosis to relieve pain is limited, but a large, well-designed study did boost its credibility as a useful and cost-saving pain relief method for hospital procedure rooms.

Published in The Lancet in 2000, the study evaluated the effectiveness of hypnosis–termed “nonpharmacologic analgesia”–in easing pain and anxiety in people who were having minimally invasive surgical therapies such as angiograms, angioplasty, simple kidney procedures, or liver biopsies, during which they remain conscious. Patients participated in a self-hypnosis relaxation session that involved deep-breathing and concentration techniques.

Researchers found that these patients required less than half the amount of painkilling drugs used by those receiving standard treatments. Procedures also took less time for the hypnosis group, and they had lower levels of anxiety and pain at both one hour and four hours into the procedure.

In addition, a review of 13 studies of chronic pain published in the International Journal of Clinical and Experimental Hypnotherapy in 2007 found that hypnosis consistently reduced pain and was more effective than physical therapy and educational efforts. Clinical research shows that hypnosis can be effective in treating fibromyalgia and migraine headaches.