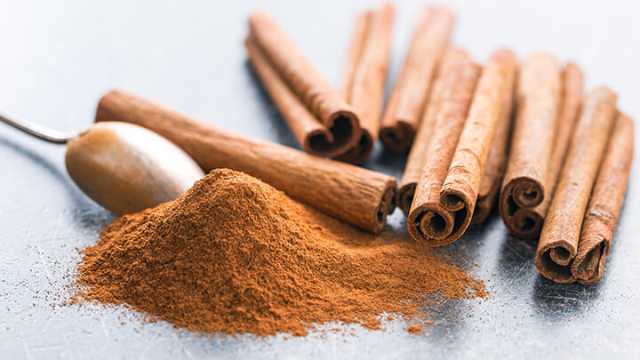 If you continue to battle with weight issues, chances are you’ve searched high and low for that elusive weight-loss miracle. You’ve probably tried countless different weight-loss diets, all promising a dramatic reduction in visible fat and excess pounds in “x” number of weeks. These often fail miserably, since these diets typically base their framework around calorie reduction. Therefore, the desperate dieter is set up for food cravings and snacking woes in between meals.

Such diets have also historically condemned the consumption of both saturated fats and carbohydrates. If you’re an Alternative Daily regular, you’ll know by now that saturated fats are an essential component of a healthy body and balanced weight. We also all need a certain amount of carbohydrates each day to function at our best and get enough fiber and energy. The point is, weight-loss diets are bad news.

Which leaves us with weight-loss pills and supplements. At best, these expensive little numbers provide a placebo effect, alleviating your stress-associated weight issues by making you think that they’re working. At worst, the lack of scientific research backing these pills and supplements means that you can often experience a wide range of nasty side effects. These can set you back even further than where you started.

Nothing can beat changing your lifestyle to get better sleep, exercise more and eat a more balanced diet. But, there are certain small changes you can do to make a big difference in your battle against the muffin top. One of these is cinnamon. Another is honey. And it turns out that mixing these two together makes for a potent weight-loss elixir, one which could turn the tide in your constant struggle to shed the pounds and get that body you’ve always wanted. Here’s the science behind the claims. 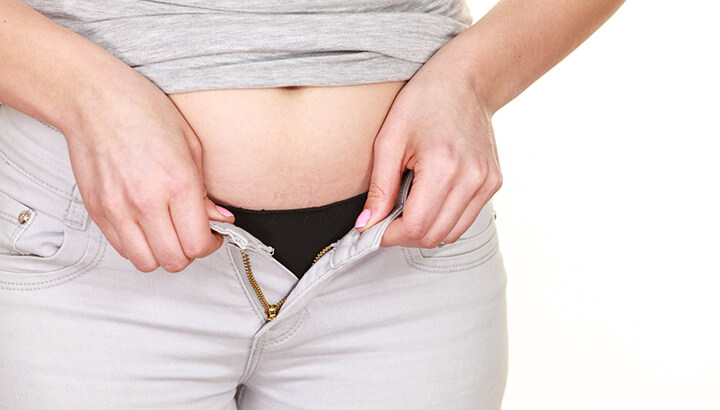 We all know and love cinnamon. However, until recently, that love has been purely associated with its rich aroma and delicious sweet taste. Cinnamon has been a favorite on the spice rack for thousands of years. Its history extends back to ancient Egypt as a beverage flavorer and ancient China as both a food flavoring and medicinal spice. It also became a major trading commodity between Persia and medieval Europe.

These days, few people who know their way around a kitchen are ignorant to the delicious flavor and smell that cinnamon imparts to both sweet and savory dishes. I personally add cinnamon to anything I can. I sprinkle it on my coffee in the morning, mix it into my post-workout smoothies, and make delicious teas with it in the evening. And, of course, I give it pride of place in baking recipes.

Not only does cinnamon taste great, it also has a natural sweetness which has no link to sugar. This makes it a great choice for those trying to cut back on sugar while still satisfying their sweet tooth. This is something to keep in mind if you’re trying to watch your weight!

But beyond its culinary powers is the wide-ranging health benefits of this delicious spice. Cinnamon bark contains essential oils with potent healing compounds like cinnamaldehyde, cinnamyl acetate and cinnamyl alcohol, in addition to a number of other volatile substances. Cinnamon is also rich in antioxidants, which as we know are critical in preventing oxidative damage of the body’s cells. This thereby slows the process of aging and fights off cancer.

The essential oils found in cinnamon make it a powerful anti-microbial agent. Research shows that consuming cinnamon or its essential oils can help to stop the spread of fungi and bacteria, including the notorious Candida albicans. Not only that, cinnamon extract has been shown to help in the spread of foodborne viruses. It helps to protect your stomach from invasion simply by eating it every day with meals.

Next, cinnamon has a beneficial effect on cognitive function and memory. In one study, researchers showed that the simple act of smelling cinnamon can help to increase memory retention and mental clarity. In another study, cinnamon extract demonstrably halted the aggregation of tau proteins, a process common in people with Alzheimer’s disease.

Finally, and perhaps most importantly to those wanting to rid the muffin top, cinnamon has a strong blood sugar regulation effect. Multiple studies have proven its ability to significantly lower blood pressure. Others have shown its effectiveness in treating those with type 2 diabetes due to its blood glucose and lipid-improving properties.

Raw honey makes a viable contender to cinnamon in the health department. Provided you purchase only non-pasteurized (raw) varieties of honey, the benefits are wide ranging.

One of the most famous of these benefits is the purported allergy-alleviating properties of raw, local honey. It’s said that if you’re having trouble with seasonal allergies such as hayfever, eating raw honey from your local area can help to reduce the severity of those allergy symptoms. It works by helping your body adapt and strengthen itself against them using the enzymes, bacteria and pollens found in the honey.

Another of raw honey’s many benefits is its ability to dramatically improve digestion. Raw honey is rich in prebiotics, which provides fuel for beneficial bacteria in your gut. It thereby improves your body’s ability to break down fats, proteins and sugars and absorb far more nutrients. Added to this is the fact that raw honey contains enzymes which supercharge your digestive capacity and allow you to get more from the food you eat.

And that’s just scratching the surface of the wide-ranging health improvements that honey can bring into your life. As this article demonstrates, other benefits include:

The list goes on! Learn more about this amazing gift from the bees here.

Adding cinnamon and honey together 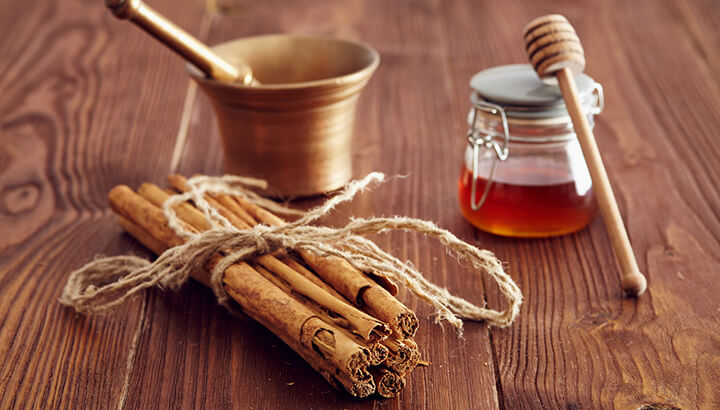 Okay, so you’ve got a good handle on the natural wonders that are cinnamon and honey. But what about together? Well, when you mix cinnamon and honey together in a cup of hot water, truly amazing things happen. Based on anecdotal evidence, making a natural health elixir from these two superfoods creates a weight-shedding drink which can assist you in your push to shed the pounds and ditch the muffin top. Here’s how to get the most from this delicious drink.

Based on anecdotal evidence, making a natural health elixir from these two superfoods creates a weight-shedding drink. It can assist you in your push to shed the pounds and ditch the muffin top. Here’s how to get the most from this delicious drink.

Note: it is essential that you use raw honey in this recipe. The process of pasteurization exposes honey to high heat. This denatures the proteins and enzymes within the honey, and removes all of those health benefits you would otherwise find in the raw variety.

1. Sprinkle a teaspoon of organic cinnamon into the bottom of a large cup or mug. Boil one cup of filtered water or spring water.

2. Pour the boiling water into the cup and over the cinnamon. Cover the cup with a small plate or saucer and leave to steep for 15 minutes.

3. Once the contents of the cup have cooled to the point where you can dip your fingers in without burning them (proceed with caution!), add the tablespoon of raw honey. Adding the honey while the water is too hot will destroy a lot of the natural goodness in it.

4. Stir the mixture and enjoy while it’s still warm!

Drink your cinnamon and honey health elixir twice a day, preferably once in the morning before breakfast and once at night before bed. Drinking it before eating in the morning will help to elevate your energy levels, kickstart your digestion and balance out your blood sugar levels during breakfast. These are all good things for weight loss!

Drinking it in the evening will help to balance out any blood sugar spikes from dinner and dessert. It will also keep your immune system in ship shape, lower your cortisol levels and help you sleep more soundly during the night. Because sleep is such an essential component of a healthy weight, drinking this in the evening is a very important step.

If you’re looking for a break from your pound-punching cinnamon and honey drink, why not try this one instead? It combines the health-ninja abilities of lemon with the immunity-supporting and weight-balancing abilities of manuka honey. This is one seriously powerful health elixir.