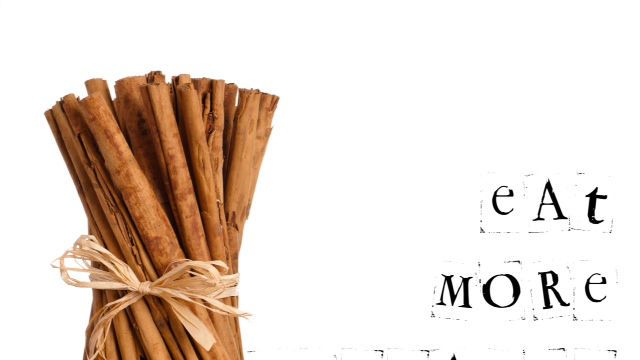 Cinnamon is one of those enduring aromatic spices that everyone loves. It smells like the essence of warm, cozy and comforting. It smells like family gatherings, snug nights by the fire and autumn.

This sweet spice is actually the inner bark of the cinnamon tree (of which there are numerous varieties). When it is dried, the result is a tubular form commonly known as a quill or cinnamon stick. You can also find powdered or ground cinnamon.

Cinnamon has a long history and is one of the oldest spices known to mankind. It receives honorable mentions in the Bible and was used in ancient Egypt to flavor beverages, as medicine and as an embalming agent. Some ancient Chinese botanical medicinal writings date its use as far back as 2700 BC.

This spice was heavily relied upon in Medieval Europe, and due to its popularity, was one of the first commodities traded with regularity between the Near East and Europe.

Valued as much for its healing attributes as its culinary delight, cinnamon bark contains essential oils with highly active components including cinnamaldehyde, cinnamyl acetate, and cinnamyl alcohol, in addition to a number of other volatile substances. Cinnamon is rich in antioxidants which help fight off free radicals and improve overall health and well being.

Antimicrobial: The essential oils in cinnamon allow it to be classified as an”anti-microbial” food. Research demonstrates that it can help stop the propagation of fungi and bacteria, including yeast Candida.

A study published in the International Journal of Food Microbiology showed that the spice effectively controlled the spread of foodborne pathogenic Bacillus cereus for sixty days when it was added to carrot broth. In addition, it was useful as a broth flavoring.

Blood sugar regulation: Cinnamon has proven itself to be a viable contender when it comes to lowering blood sugar in persons with diabetes. In fact, it has been found to have insulin-like impacts on blood sugar and slows the emptying rate of the stomach after meals, which improves insulin sensitivity.

Cognitive function and memory: Research from Wheeling Jesuit University found that just smelling cinnamon can help to increase memory and mental alertness. In another study, it was found that cinnamon extracts can halt the aggregation of tau proteins, a condition that is common in people suffering with Alzheimer’s.

Other noted benefits of cinnamon include:

How can I get more cinnamon in my diet?

There is no doubt that adding more cinnamon to your diet is a good thing. Although there is no recommended dose, some suggest between ½ to 1 teaspoon per day, while others increase this to 2 teaspoons. Keep in mind that people who are allergic should not consume cinnamon, as large doses may cause an extreme reaction.

Cinnamon is not one of those things that you just eat straight out – you have to creatively work it into your daily diet. The good news is that this potent spice is extremely versatile and pleasant-tasting. Here are five ways that you can get more cinnamon!

Mix it with your green tea: Add one to two teaspoons of organic ground cinnamon to a hot cup of green tea. Stir slowly to help the cinnamon dissolve.

Mix it with your coffee prior to brewing: Add an organic cinnamon stick or a teaspoon of organic ground cinnamon to your ground coffee before brewing. This will make your coffee taste great, and make your whole house smell wonderful.

Add it to soups and stews: Cinnamon adds a wonderful flavor and aroma to a wide range of soups and stews. You won’t believe how good these can taste with just a bit of cinnamon in the mix. Add a dash or two of organic cinnamon to chili, lentils, beef stew and black bean soups for a great warming goodness. 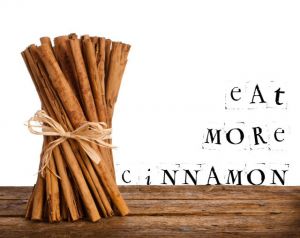 Add it to your breakfast: Ground cinnamon tastes great when sprinkled on all sorts of breakfast foods, including free-range eggs, oatmeal, cottage cheese and yogurt. Get into the habit of just having a container of organic cinnamon handy so you can sprinkle away.

Add it to your green smoothie: To further enhance the benefits of a green smoothie, add a teaspoon of organic cinnamon along with all of your other goodies. This will add a pleasant taste and aroma to your drink.

Getting out of the mindset that cinnamon can only be added to baked goods is a great first step to healthy living. There are many other ways you can enjoy this spice on a daily basis, such as adding it to rice, barley, casseroles and salads.