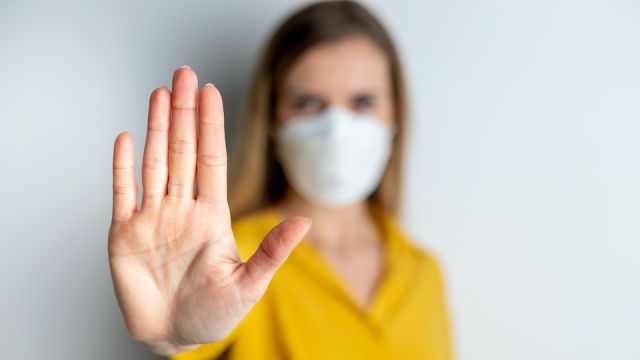 It is probably not every day, if at all, that you think of the noise generated by human activity on planet earth. But, between March and May 2020, during the most extensive COVID-19 lockdown yet, vibration on planet earth generated by humans was down an average of 50%. What exactly does this mean, and is it a good thing? Let’s unpack what researchers have found.

While human movement came to a standstill in many parts of the world between March and May 2020, the global impact of social distancing coupled with the closing of businesses, industries, and a slow down in tourism and travel meant that the earth experienced the most pronounced quiet period of seismic noise in recorded history.

What quiet time meant for the earth?

New research conducted by the Royal Observatory of Belgium and five other institutions around the world, including Imperial College London, showed that the reduction in noise caused by humans was very pronounced in areas that are densely populated.

During the noise time-out, researchers could listen very closely to earthquake signals that are normally buried under human noise. It gave scientists a chance to differentiate between seismic noise caused by nature and that caused by humans going around the business of life. According to study co-author, Dr. Stephen Hicks,

“This quiet period is likely the longest and largest dampening of human-caused seismic noise since we started monitoring the Earth in detail using vast monitoring networks of seismometers. Our study uniquely highlights just how much human activities impact the solid Earth, and could let us see more clearly than ever what differentiates human and natural noise.”

What daily human activity has in common with an earthquake

Yes, seismic noise is caused by vibrations within the Earth, which ripple like waves in the ocean. These waves can be triggered by volcanoes, earthquakes, and bombs. However, they are also triggered by regular human activities like travel and industry.

While there has been no reduction in earthquakes so far in 2020, there had been a massive drop in seismic noise due to human activity. Researchers found the biggest drops in urban areas, but surprisingly, more remote areas like a forest in Germany also made the charts.

Historically, noise generated by humans dampens during quiet periods like over Christmas/New Year and Chinese New Year and even during weekends and at night. However, the drop in vibrations that researchers found during the COVID-19 lockdown surpassed anything seen before.

This never seen before drop in human-caused noise and pollution is being dubbed the ‘anthropause’ by some researchers. The most recent study is the first of its kind, measuring the global impact of the coronavirus on Earth.

Researchers gathered seismic data from a global network consisting of 268 seismic stations in 117 countries and found a massive noise reduction compared to before the COVID 19 lockdowns at 185 of these stations. There was a wave of silence, starting in China in late January 2020, and followed by Europe and the rest of the world in the spring that followed as each country responded to the COVID 19 pandemic.

As noted above, the biggest drop in vibrations was seen in densely populated areas like New York City and Singapore, but large drops were also found around universities and schools where a 20 percent larger drop was recorded than when students and faculty were away during the holiday season. In countries like Barbados, were the lockdown coincided with their tourist seasons, a 50 percent decrease in noise was reported.

Pandemic has provided a valuable opportunity for researchers

As the earth became quiet, researchers have been able to study the environmental impact of this drastic reduction in human noise and pollution. Scientists were able to listen to the Earth’s natural vibrations without human distractions interfering. Previously concealed earthquake signals during daytime were clearer in urban areas during the lockdown.

According to researchers, this quietening can help them differentiate between human-caused noise and natural noise that might warn of natural disasters to come. This is valuable information that can help with planning and preparation.

According to study author Dr. Thomas Lecocq from the Royal Observatory of Belgium,

“With increasing urbanisation and growing global populations, more people will be living in geologically hazardous areas. It will therefore become more important than ever to differentiate between natural and human-caused noise so that we can ‘listen in’ and better monitor the ground movements beneath our feet. This study could help to kick-start this new field of study.”

Although the COVID-19 has brought with it much chaos, stress, and sadness, the stillness it ushered in for our home, planet Earth, has given researchers new information that could one day prove to be extremely useful. In short, it allows scientists to listen more closely for warning signals put out by the Earth.

“The lockdowns caused by the coronavirus pandemic may have given us a glimmer of insight into how human and natural noise interact within the Earth. We hope this insight will spawn new studies that help us listen better to the Earth and understand natural signals we would otherwise have missed.” – Dr. Hicks