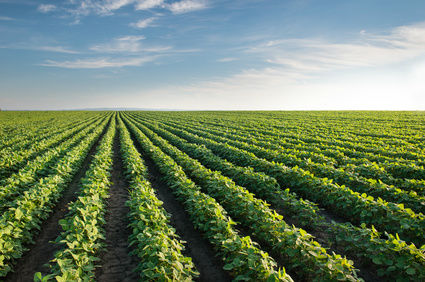 In a proposed “solution” to the herbicide-resistant weeds that have sprung up largely thanks to Monsanto’s “RoundUp Ready” crops, Dow Chemical, the infamous bioengineer of Napalm and Agent Orange, is trying to get a new GMO approved by the USDA—composed of half of the ingredients of Agent Orange itself.

The proposed new GM variety of corn and soybeans is engineered to withstand multiple doses of 2,4-Dichlorophenoxyacetic acid (2,4-D), which is half of the cocktail that Dow Chemical (now called Dow AgroSciences) used to make Agent Orange during the Vietnam War. During this war, US troops used Agent Orange to destroy forests and farmland in Vietnam. It caused lasting damage to the land, as well as serious medical conditions to many people that came into contact with it.

A press release by the USDA states, “Dow AgroSciences’ GE corn and soybean plants are the first developed to be resistant to 2,4-D and are intended to provide farmers with new plants to help address the problem of weeds that have developed resistance to other herbicides.” Essentially, Dow’s proposed solution is spraying more and more dangerous chemicals over crops grown for food, and engineering the crops to survive the higher doses of poison.

According to the nonprofit Food & Water Watch , “Corn with 2,4-D resistance could be dangerous to eat because a metabolite of 2,4-D is known to cause skin sores, liver damage and sometimes death in animals.”

Food & Water Watch also states that this chemical compound may cause hormonal disruption, interfere with normal growth, development, metabolism and neural functionality, and that it may be, “very highly toxic to slightly toxic to freshwater and marine invertebrates.”

The USDA has announced that a draft environmental impact statement has been released on these proposed “Agent Orange” crops, and this matter is now within a 45-day public comment period.

The Center for Food Safety has released a petition urging the USDA to reject these crops. Part of the petition text reads: “2,4-D has been linked to cancer, Parkinson’s disease, endocrine disruption, and reproductive problems.

If that wasn’t enough, industry tests also show that 2,4-D is contaminated with dioxins—often referred to as the most toxic substance known to science. In fact, EPA has reported that 2,4-D is the seventh largest source of dioxins in the U.S. More 2,4-D use will lead to more dioxins in the environment.”

If you wish to view and sign the petition, you can do so here . This is one chemical compound that certainly does not belong anywhere near our food.