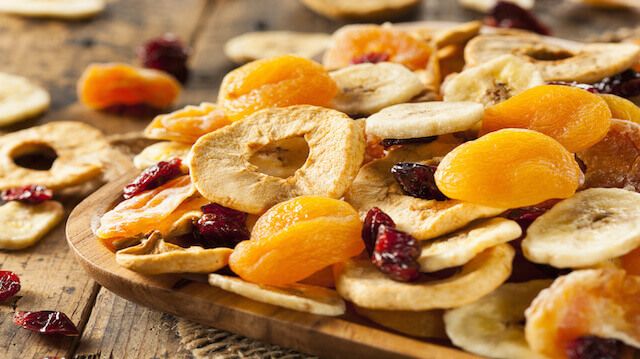 Dried fruit is a controversial health food due to its high sugar content. By removing water from fruit, such items as raisins, banana chips, apricots, and prunes are created. Dried fruit has more nutrients than candy, but this doesn’t mean that it is necessarily healthy. Below we unlock the myths surrounding dried fruit once and for all.

One exception to dried fruit’s superior nutrient content is vitamin C. Vitamin C levels are reduced when fruit is dried. In a 2011 study published in the Critical Reviews in Food Science and Nutrition, it was found that when plums are dried, their antioxidant content increases by about 60 percent, but their vitamin C content drops by about 60 percent.

Other health benefits of dried fruit

Studies show that individuals who eat more fruit typically have higher nutrient levels in the body on a day-to-day basis. A 2011 study published in Nutrition Research found that when adults consumed more dried fruit, they had improved overall health and more daily nutrients.

Dried fruit is up to 60 percent higher in antioxidants than fresh fruit. This means that the more dried fruit you eat, the less oxidation will remain in the body. Researchers believe that antioxidants are responsible for preventing the spread of cancer cells and have protective effects against other diseases.

The disadvantages of dried fruit 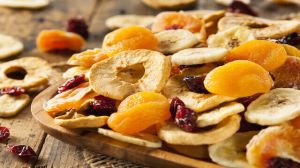 Additionally, much of the dried fruit sold today (even in health food stores) has sugar added to it. The white, slightly crystallized appearance of many dried fruits is an added coating of sugar or syrup. In some cases, the added sugar is not even mentioned in the packaging. Banana chips, for example, are almost always covered in syrup (and often fried). Dried mango, pineapple, kiwi, and other tropical fruits are also often candied. Raisins, prunes, and apricots are more likely to be packaged without added sugar, but sometimes sugar is even added to these fruits.

Obviously, adding extra sugar to already super-sweet dried fruit is not healthy. Extra sugar is not necessary and only has negative effects.

Who should avoid dried fruit?

Dried fruit has a lot of nutrients, but it also has a lot of sugar and calories. If you are actively trying to lose weight, dried fruit is not the best choice. Dried fruit may be unhealthy for individuals who have type 2 diabetes or who are prediabetic due to its potential to cause blood sugar spikes.

Try adding dried fruit to yogurt, granola, or eating it as a pre- or post-workout snack.