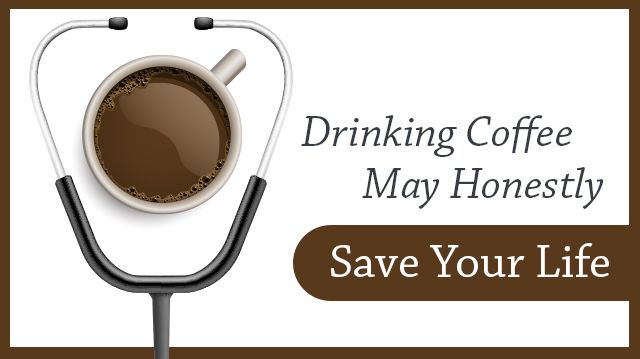 Nobody’s exactly sure how or where coffee was discovered. Some say an Ethiopian goat herder named Kaldi discovered coffee’s energetic properties after his goats became wild from eating coffee berries. We do know that by the sixteenth century, coffee had spread throughout the Arabian Peninsula, and the rest is history.

Despite the mystery of coffee’s origins, it remains a topic of discussion among researchers and scientists. The wealth of health benefits coffee serves up is beginning to be too abundant to ignore. A study published this month in Circulation, an American Heart Association academic journal, was one of the largest studies ever conducted on coffee’s many healing properties.

Researchers examined the diets, lifestyle choices, and coffee consumption habits of more than 200,000 women and 50,000 men in the United States. The results heavily supported coffee as a beverage that elongated life while decreasing the risk of some of America’s top diseases. The study authors state, “Significant inverse associations were observed between coffee consumption and deaths due to cardiovascular disease, neurological diseases, and suicide.”

Here are a few of the study’s key findings: 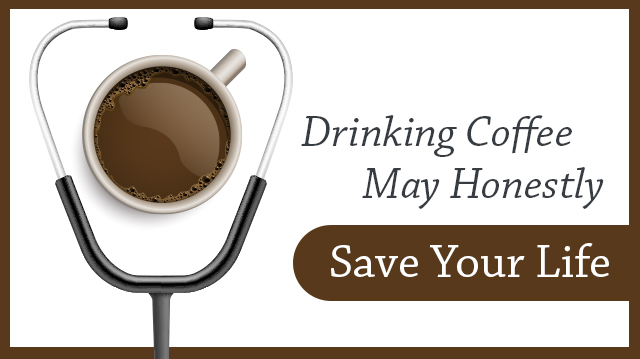 “The lower risk of mortality is consistent with our hypothesis that coffee consumption could be good for you [and] we have published papers showing that coffee consumption is associated with lower risk of type 2 diabetes and [heart] disease,” Ming Ding, lead author of the study and doctoral student at the Harvard School of Public Health, told CNN.

The recent study discusses the potentially lifesaving qualities coffee offers in each cup. The study did account for diet, and most importantly, sugary soda consumption. One theory behind the decreased mortality and morbidity statistics linked to coffee is that coffee drinkers consume less soda. Another theory is that their diets are healthier.

Coffee does contain a wealth of vitamins, minerals, and free radical-fighting antioxidants vital to your health and happiness. According to a study published in Food Chemistry (2009), coffee is a significant source of antioxidants, comparable with green tea and red wine.

Although the recent study did not find any coffee-drinking health benefits associated with cancer, other studies suggest it to be beneficial. According to a study published in Gastroenterology (2007), two cups of coffee per day may reduce your risk for liver cancer by 43 percent.

Coffee may be more than just a way to start your day. It may literally keep you healthier and happier for much longer.