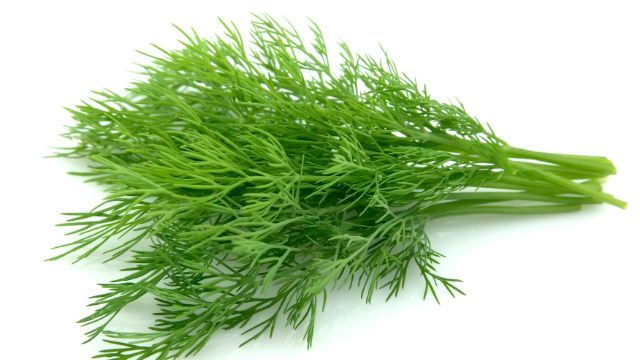 Most women have experienced the pain and discomfort associated with the menstrual cycle at some point in their lives.And while some are lucky enough to get buy with only minor discomfort, others experience severe pain that can seriously affect the quality of their lives every 28 days.

Whether you require pain relief to get through your day or just can’t stand to be bothered by those nagging cramps, you may want to avoid that trip to the pharmacy counter altogether and instead consider the bright green bulb known as fennel.

Most known for it’s contribution to Mediterranean and Italian cuisine, fennel just may be a blessing for women looking to ease menstrual aches and pains. In a 2006 study published in the Eastern Mediterranean Health Journal, high school girls who received fennel extract experienced significantly reduced menstrual pain, in fact it provided better pain relief than those who took the drug, mefanamic acid.

Similarly, a 2013 study found that college-aged women who treated their symptoms with fennel extract experienced similar relief as those who received the NSAID mefenamic acid for treatment.

These new findings about the potency of fennel as a means for treating menstrual pain are important for many women who turn to the pharmacy counter for relief. A popular choice is often the NSAID ibuprofen which can be purchased over-the-counter or via prescription for higher-potency.

And this common painkiller is used by a number of individuals worldwide including arthritis sufferers and athletes looking to dull the aches and pains of athletic training.

However, this oft-used and harmless-appearing little pill comes with a boatload of big side-effects, including an increased risk of heart-attack and stroke, which is listed in the tiny fine print on the brochure that is so often discarded.

Researchers at the University of Bern in Switzerland analyzed 31 clinical trials involving over 116,000 patients. Their findings indicated an increased risk for stroke three times that of non-users along with increased instances of heart attacks and death from heart disease for individuals who popped these pills on a long-term basis.

For women who self-medicate with the drug monthly, this can can have disastrous consequences over the long-run, especially if she is taking other medications – since combining drugs further heightens risks.

But even if you only pop that pill infrequently, you can still be doing some major damage, especially if you exercise regularly. A study from the American College of Sports Medicine found that even in small doses, ibuprofen can cause damage to the small intestines when taken prior to exercise by healthy individuals.

Further, they found that ibuprofen reduces the permeability of the intestine, meaning that harmful bacteria and strong digestive enzymes can leak into the bloodstream and the absorption of minerals and nutrients from food can be greatly reduced.

So the next time your “time of the month” rolls around, opt for fennel extract as a way to combat womanly woes and leave the meds behind.