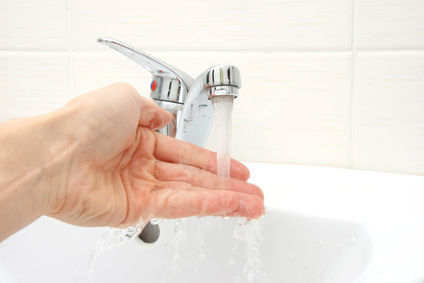 Regular hand washing is the single most important thing we can do to avoid spreading germs. Seems obvious, right? Our hands come into contact with the world around us more often than any other part of our bodies, and it is just good common sense to wash up after handling something that may be not-so-clean.

However, despite the logic, a 2010 survey of public restrooms and hand washing across US cities, sponsored by the American Society for Microbiology, found that even after numerous media campaigns stressing the importance of clean hands, a significant percentage of people were still not washing their hands after using the restroom.

For the survey, undercover researchers were stationed in public restrooms in Atlanta, Chicago, New York City and San Francisco, observing the hand washing habits of restroom visitors while pretending to do routine mirror activities, such as doing their hair. The researchers observed a total of 6,028 adults, and found that 85 percent of them washed their hands, while 15 percent did not.

While the survey’s sponsors are happy with these results, as they are actually up from previous years (77 percent washed up in 2007, and 67 percent in 2000), this still means that 904 adults out of 6,028 who used a public restroom did not wash their hands afterwards, potentially spreading a host of bacteria to numerous other people. Even though it is great that the percentages are up, this is still frightening.

What’s more, the American Cleaning Institute reports that only 39 percent of Americans claim to always wash their hands after they cough or sneeze. According to Dr. Judy Daly, the Director of Clinical Microbiology at Children’s Primary Medical Center in Utah, “although we are happy about the latest results, there is still work to do.

Only a minority indicate they wash their hands after coughing or sneezing. Handwashing in this context is particularly important because we now know that many respiratory and gastrointestinal illnesses are transmitted primarily by hand contact when contaminated hands touch the mucous membranes of the eyes, nose, or mouth.”

The Centers for Disease Control and Prevention (CDC) guidelines for hand washing include lathering up for at least 20 seconds, and making sure to scrub the fronts and back of your hands, including underneath fingernails.

They stress that hands should always be washed before, during and after food preparation, after using the restroom, handling garbabe or changing a diaper, after coughs and sneezes, and after contact with sick people and pets.

It may seem like such a small, obvious thing, but failure to wash your hands at the appropriate times can be such a huge health risk that it is worth over-stating.