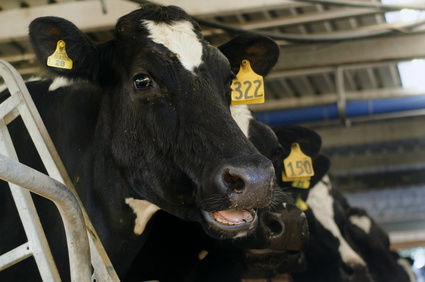 Finally, the Food and Drug Administration (FDA) is taking a small step towards addressing today’s rampant growth of antibiotic-resistant illnesses by launching a program that will phase out some of the antibiotics used in commercial meats.

When antibiotics are overused, the bacteria that they are meant to treat can become resistant, negating the effectiveness of the antibiotic treatment. Statistics compiled by the Centers for Disease Control (CDC) last September estimate that over 23,000 people die per year due to drug-resistant infections.

In response to this escalating public health issue, as well as consumer demands, the FDA will be asking pharmaceutical companies to stop labeling drugs that are commonly used for treating infection in humans as also acceptable for promoting growth in animals.

The program is currently voluntary for pharmaceutical companies, however, FDA deputy commissioner of foods Michael Taylor explains that if companies do not comply, the FDA would have the ability to take “regulatory action” against them.

Two leading manufacturers of antibiotics for animals, Zoetis and Elanco (a division of Eli Lilly), have announced they are on board with the new FDA initiative, which would make the use of specific antibiotics illegal for animals without a veterinary prescription signifying medical need.

Animal pharmaceutical companies will have three months to notify the FDA of their compliance, and will then be given three years to phase out the use of the specified antibiotics.

Taylor explains that this voluntary process was chosen because it would be faster than creating a mandatory process, which would have required a regulatory procedure to be established that could have taken years.

William Flynn, from the FDA’s Center for Veterinary Medicine, says, “We need to be selective about the drugs we use in animals and when we use them. Antimicrobial resistance may not be completely preventable, but we need to do what we can to slow it down.”

In a release, the FDA adds, “Because antimicrobial drug use in both humans and animals can contribute to the development of antimicrobial resistance, it is important to use these drugs only when medically necessary.”

The FDA’s new plan does not by any means signify a total victory for those rallying for an antibiotic-free commercial meat industry. Many antibiotics will still be available for use in animal growth promotion, just not those “classified as most important for treating human infections.” The FDA stated that among those prohibited in animal growth use will be penicillins and tetracyclines.

Some groups, including the Pew Charitable Trusts’ human health and industrial farming campaign, are pleased with the FDA initiative. Spokesperson Laura Rogers said, “We commend the FDA for taking the first steps since 1977 to broadly reduce antibiotic overuse in livestock. There is more work to do, but this is a promising start, especially after decades of inaction.”

Others fear that the FDA’s effort is too minimal to have a significant impact. Steven Roach, a senior analyst for Keep Antibiotics Working, an advocacy group, says, “Our fear… is that there will be no reduction in antibiotic use as companies will either ignore the plan altogether or simply switch from using antibiotics for routine growth promotion to using the same antibiotics for routine disease prevention.”

Microbiologist Louise Slaughter, a Democratic Representative for New York, agrees. She states that the FDA’s action “falls woefully short of what is needed to address a public health crisis.”

In coming years, we will see whether the FDA’s new program is successful, whether drug manufacturers will find loopholes, and whether the FDA will decide to go even further to address the serious problem of antibiotic resistance.