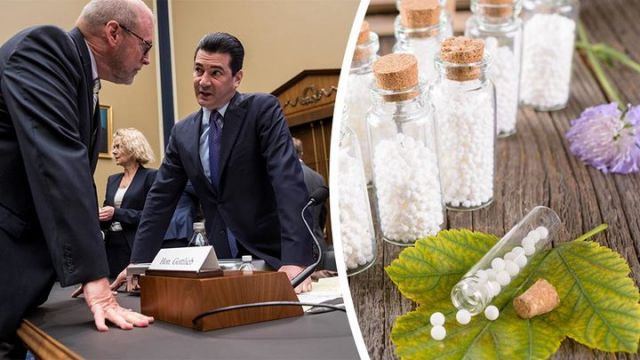 Americans, in general, like a lot of freedom when it comes to choosing health remedies. In addition, there’s a fair amount of skepticism about the institutions that are supposed to protect the public’s health. For instance, recent news reports have exposed how Congress, the pharmaceutical industry and the Drug Enforcement Agency conspired to weaken safeguards that might have mitigated the opioid crisis.

The FDA sets its sights on homeopathy

That distrust may only deepen with the news that the FDA is stepping up efforts to clamp down on homeopathic remedies. However, for a variety of reasons, the homeopathic industry may deserve greater scrutiny.

Homeopathy is a form of alternative medicine that most scientific organizations have dismissed as ineffective (at best) and outright quackery (at worst).

Homeopathic “medicine” originated in the late 18th century with a German physician named Samuel Hahnemann, who was convinced that like cures like. To that end, he devised a treatment regimen that involves the use of liquid dilutions that contain only trace amounts of the compounds that are supposed to cause an illness in the first place.

For instance, with homeopathic remedies, a pathogen is dissolved in either an alcohol or water solution but then diluted to the point where the only the lowest possible dose of the toxic compound remains. In principle, all the noxious molecules are gone, but the remaining liquid dilution will “remember” that the toxic compound was once there.

Why science does not support homeopathy

From a scientific viewpoint, homeopathic remedies have not proven effective in rigorous clinical trials. In addition, critics contend that homeopathic principles are not consistent with modern biology, chemistry, physics and medicine.

For example, detractors like Dr. Paul Offit, who teaches at the Children’s Hospital in Philadelphia, explains that “At its most benign, homeopathy is basically what it’s diluted in, which is water. [But] the harm is you use the homeopathic product instead of something that can help you.”

Homeopathy may entail other risks as well. In the past, the industry as a whole has existed with little regulatory oversight. Manufacturers and sellers have often made health-related claims, which have not been substantiated scientifically. In addition, homeopathic products are not tested for quality or purity by regulators. In some instances, homeopathic remedies have been found to be tainted.

For instance, Karina Talbott, a mom from Colorado, decided to use a homeopathic remedy to help alleviate her 2-year-old’s teething pains. She chose the product because it was advertised as an all-natural way of easing her child’s oral distress. But soon after she gave him the homeopathic remedy he started having seizures.

Thankfully, Talbott’s son stopped having seizures after she discontinued the homeopathic treatment. But the product she was using was later tested and found to have traces of belladonna, a powerful neurotoxin. The FDA has since urged the manufacturer, Hyland’s Homeopathic, to pull the product.

In announcing the stepped-up enforcement, FDA’s Director Scott Gottlieb explained that “People may be putting their trust and money in therapies that bring little or no benefit in combating their ailments, or worse, in products that may cause serious and even irreparable harm.”

At this time, however, the FDA is not expected to try and regulate all homeopathic products, but they have promised to take action against ones that are suspected of causing harm or which make grandiose health claims with little evidence.

In the meantime, it’s incumbent for consumers to exercise discretion and caution when it comes to health remedies (be they be alternative or conventional). People need to ask questions like:

For example, respected nutritionists claim that omega-3 fish oil can help lower cholesterol. A preponderance of scientific studies supports that assertion. And from the standpoint of biology and chemistry, it makes sense that unsaturated fatty acids (found in wild salmon, nuts and olive oil)  can lower triglyceride levels.

In short, caveat emptor (“let the buyer beware”) is a principle people need to apply whether they are choosing treatment options from conventional health providers or alternative medicine.

By the way, to learn more about Karina Talbott’s health scare with homeopathy and the FDA’s plan to regulate the industry you can check out this video (below):