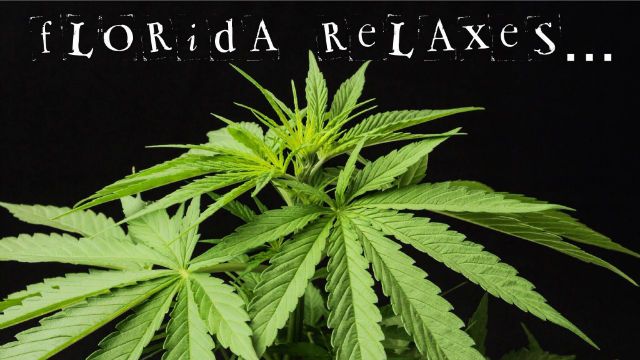 Eighteen years after California became the first state to legalize the medicinal use of marijuana with Proposition 215, Florida has loosened the reigns, if only just a little bit.

On Friday, the state voted 30-9 to allow “Charlotte’s Web,” a strain of low-THC marijuana, to be used in certain circumstances for patients with cancer and those who experience seizures or muscle spasms. The marijuana would first be converted into liquid form before being used medicinally.

The law will limit marijuana sales to levels well below other states, such as Colorado, where recreational marijuana has been legalized and is not related to a more expansive medical marijuana referendum up for vote in November, with polls showing widespread support.

The two bills that Florida governor Rick Scott signed include SB 1030, which allows doctors to prescribe the marijuana, and SB 1700, which protects both the patient and the prescribing physician by keeping the public from accessing the Compassionate Use Registry. Only law enforcement investigators, physicians and those persons who update the registry would have access to the information.

To date, 22 states and the District of Columbia allow for comprehensive public medical marijuana programs. A handful of states, including Florida, now allow for low-THC cannabidiol products to be used in limited cases. These programs do not get counted the same way as the comprehensive programs, but advocates say it is a step in the right direction.

In response to Proposition 215, the Institute of Medicine completed an investigation into the therapeutic uses of marijuana. Their report indicated that there is scientific data to support the use of medicinal cannabis for pain relief, control of nausea and appetite stimulation.

The researchers also note that there is some value in the psychological effects of cannabinoids, including anxiety reduction, sedation and euphoria. The report notes that smoking marijuana is a very crude delivery system and may cause harm.

As we reported in an earlier article, Coconut Oil and Cannabis Capsule – A Medical Miracle, medical marijuana capsules infused in coconut oil are an alternative (and relatively new) way to therapeutically use cannabis without having to inhale it through smoking. Infusing cannabis into coconut oil also allows for easy entry into the liver, where it can be rapidly processed.

The research on cannabis has shifted from studying its ability to alleviate symptoms of disease, such as nausea associated with chemotherapy, to its potential role in modifying disease. Medical marijuana has been shown to slow the onset of Alzheimer’s disease and moderate autoimmune disorders including multiple sclerosis, inflammatory bowel disease and rheumatoid arthritis.

There are over 20,000 published reviews and studies in scientific literature that pertain to the cannabis plant and its cannabinoids; almost one-third of these have been published in the last four years. A keyword search on PubMed Central (the US government library of peer-reviewed scientific research) shows 2,100 studies performed since 2011.

No matter which side of the fence you are on with regards to the use of cannabis for medical purposes, it appears that more and more states are recognizing that it has at least some merit. It is likely that Florida will not be the last state to relax legislation in this area.