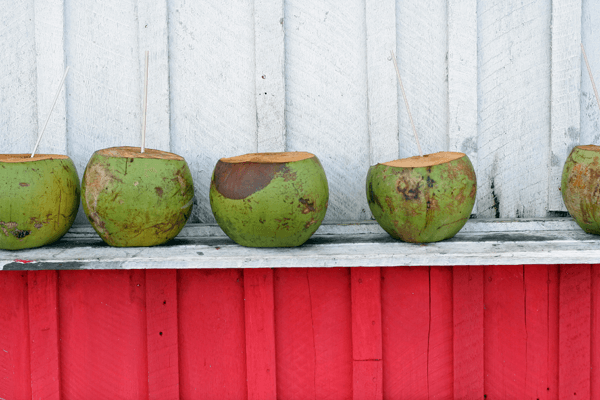 It is a well-known fact that if you exercise, you should drink lots of fluids to hydrate your body properly to avoid health problems resulting from a drastic drop in your electrolytes. For many people, downing a bottle of Gatorade or other sports drinks has been the way they accomplished this necessary task. However, with the introduction of coconut water into the market, a great deal of buzz has erupted about its value as an alternative to sports drinks.

What is Coconut Water?

Although coconut water has a deceptively light consistency, it has higher levels of minerals such as iron, magnesium, manganese, calcium and zinc that other fruits, such as oranges. Additionally, coconut water has high amounts of B-vitamins, such as niacin, thiamin, riboflavin and pyridoxine.

One of the best benefits of coconut water is it is extremely high in potassium. As your body sweats during exercise or vigorous physical activity, your level of potassium drops. According to Nutrition-and-You, coconut water has approximately 250mg of potassium and 105mg of sodium in every 100ml of water.

According to Liz Applegate, Director of Sports Nutrition at the University of California, Davis, coconut water is great for replacing potassium if you are doing short workouts. Since it is lower in sodium than many sports drinks, it may be an even better option for longer workouts.

Coconut water is also an excellent natural option if you have digestive problems. It has high amounts of bioactive enzymes, such as diastase, dehyrogenase, acid phosphatase, peroxidase, RNA polymerases and catalase. These enzymes help maintain metabolism and digestion. In addition to replacing potassium during exercise, if you are having gastrointestinal symptoms that include loose stools, coconut water can also be helpful in replacing needed electrolytes.

The benefits of coconut water are numerous. Coconut water can be a great and healthy alternative to drinking chemical-laden sports drinks for many people. The taste is light and refreshing, has higher levels of potassium, and aids in digestion.