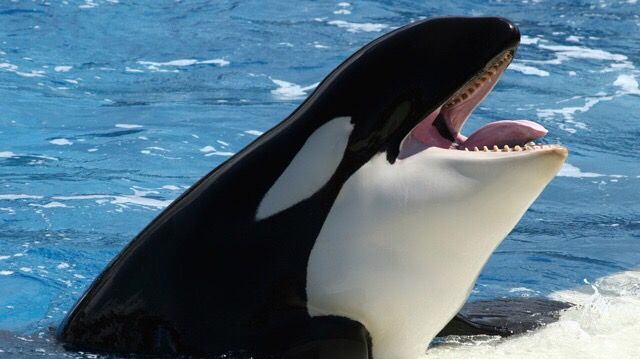 For the past 50 years, SeaWorld has been home to over 10 percent of all orcas tracked by the National Oceanic and Atmospheric Association. No other facility in the world has the experience that SeaWorld does with orca breeding and maintenance. SeaWorld’s 29 captive orcas — in San Diego, San Antonio and Orlando — will remain in the company’s possession and on display until they die. By 2019, however, SeaWorld will phase out the orca performances that have entertained millions. The loss of the breeding program means that scientists can no longer study these killer whales during gestation, birth, nursing and weaning. That could impact scientific knowledge concerning wild orcas. SeaWorld is now giving its orcas of reproductive age birth control medication.

The current orca population at SeaWorld range in age from one to 51. Scientists will still study these animals, but such studies will increasingly have to focus on geriatric orcas.

The 2013 documentary Blackfish focused attention on SeaWorld’s treatment of its orcas and other animals, and a trainer killed by an orca during a 2010 performance. Tilikum killed his trainer Dawn Brancheau, tearing her apart and swallowing her left arm. Author Kenneth Brower, who wrote about SeaWorld’s most famous orca in the 2005 book, Freeing Keiko: The Journey of a Killer Whale from Free Willy to the Wild, had long been following Tilikum. In National Geographic, Brower writes that Tilikum had previously killed a trainer, when the orca was in captivity in British Columbia. In that incident, he drowned the trainer.

The company that owned Tilikum went bankrupt as a result of the killing, and SeaWorld purchased him. Brower states that Tilikum may have killed another human in 1999, when a drunken man climbed over the wall and into the orca’s tank after hours. While the official cause of death was drowning and hypothermia, Brower points out that the dead man was found on Tilikum’s back “with his genitals bitten off.”

SeaWorld responded to Blackfish and activist accusations by stating that, contrary to reports, their orcas life spans equal those in the wild. They noted, “Many animal rights activists will mix different types of studies when comparing the life span of wild versus captive whales — citing side-by-side the maximum longevity for wild whales, but the average longevity of captive whales.”

Although Tilikum — and Keiko — were captured in the wild, SeaWorld states it has not collected an orca from the wild in 35 years, because of its reproduction and research program. Perhaps most importantly, SeaWorld stresses that the orcas in its facilities benefit wild killer whales because scientists can do research not possible in the wild. SeaWorld is closely associated with various universities and top research institutions, has its own research staff and also provides funding for field research. More than 300 peer-reviewed articles and books have appeared to date through SeaWorld’s cooperative efforts, with thousands more using data collected by researchers at SeaWorld.

The law of unintended consequences

Researchers fear SeaWorld’s decision to stop breeding orcas may have unintended consequences. They suspect federal or state lawmakers may ban the keeping of killer whales altogether. Grey Stafford, incoming president of the International Marine Animal Trainers’ Association, is quoted by the Associated Press (AP) as stating that similar bans would have affected the breeding programs of endangered species, such as the California condor. Stafford noted the unintended consequences of such legislation if any species should suffer a wild population crash.

Dr. Terrie Williams, who runs the Center for Marine Mammal Research and Conservation at the University of California, Santa Cruz, is quoted by the AP as saying that people opposed to SeaWorld’s orca breeding and training miss the fact that, “If you want to interact with [orcas] and conduct research, the combination of talent you have to have is a scientist with a research question, animals that are healthy so that you’re looking at normal physiological rates and in between that are the trainers.”

How do you feel about the Great SeaWorld Debate?