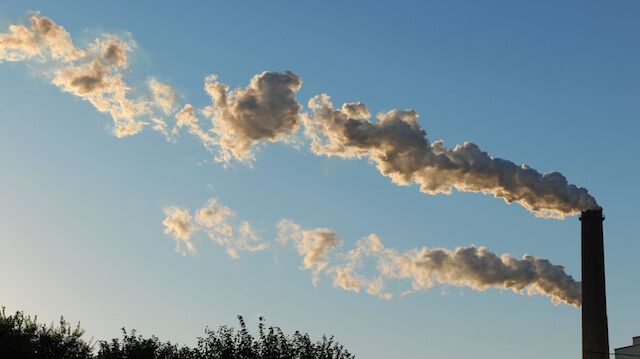 An early champion of environmental rights, Native American leader named Chief Seattle wrote that “Man does not weave the web of nature, he is merely a strand in it.”

That powerful thought came to mind as scientists at the Commonwealth Scientific and Industrial Organisation (CSIRO) announced that CO2 emissions in the Southern Hemisphere had surpassed a symbolic — but perhaps critical milestone — of 400 ppm.

CSIRO’s findings, alarming in themselves, are merely the latest in a series of disconcerting reports on the state of global warming. NASA, for instance, recently released data showing that the earth’s average temperature has set record highs over the last seven months. In fact, 2015 was the hottest year ever recorded. And if trends set early this year continue, then 2016 could be even more of a scorcher.

Despite abundant warning signals and overwhelming evidence — in the form of dying coral reefs, glacial meltings and record-setting heat waves — some political and corporate factions resist the idea that our fossil fuel habits are implicated in the ominous weather patterns we experience.

Human beings often are surprisingly slow to respond to existential ecological threats. The anthropologist Jared Diamond, for example, relates a story about the inhabitants of Easter Island, who mysteriously vanished following the deforestation of their local habitat. Pondering their fate, which was almost certainly caused by unwise resource management, Diamond poses a question that undoubtedly has implications for us: What went through the minds of the natives as they cut down the very last tree?

“Those who fail to learn from history are doomed to repeat it” goes a adage. There is abundant evidence that Mayan, Aztec and Viking civilizations collapsed largely because of ecological pressures. The Roman empire too, which lasted for 1,000 years, was undoubtedly undone by a mixture of social inequality, civil strife and official corruption. However, recent scholarly interest has focused on environmental factors — more specifically, drinking water tainted by lead pipes — as a key reason for Rome’s downfall.

If both history and science are reliable guides, then we would be well advised to take both immediate individual and collective action to change our energy consumption habits, which are slowly but surely threatening the planet.

Climate change skeptics claim that measures to limit fossil fuel consumption will crimp economic growth and undermine standards of living. Some insist that international agreements and regulatory frameworks aimed at curtailing CO2 emissions are a government plot aimed at empowering bureaucrats at the expense of citizens.

Although the concerns reflected in these arguments are not without some merit, by any measure the risks of failing to act on climate change are simply too great to ignore. Maintaining the status quo, in all probability, will lead to more super storms, the drowning of coastal cities and higher rates of droughts and famines.

According to James E. Hansen, a retired NASA climate scientist who now heads a research center at Columbia University, “we’re in danger of handing young people a world that’s out of their control.” Citing a study in the journal Atmospheric Chemistry and Physics, Hansen argues that the drastic shifts forecast are perhaps decades — not centuries — away. Specifically, Hansen fears that humanity will lose many of its major coastal cities within the next 50 years unless we take dramatic action now to reduce carbon emissions.

It’s clear that the vast majority of scientists believe that elevated CO2 emissions we’ve witnessed recently could push us beyond an irreversible tipping point. A vicious cycle, in which melting glaciers stall the Gulf Stream currents, could disrupt the process known as thermohaline circulation, which has kept temperatures in a range hospitable for much of civilization. This is the kind of negative climatic feedback loop that could displace millions through rising sea levels and inclement weather across the globe.

On the other hand, widespread investment in renewable energy sources could tip both our planet and the world’s economy in a better direction. After all, historically speaking, adoption of more efficient forms of energy has invariably been associated with more prosperous and ascendant civilizations.

Ironically, fossil fuels consist of solar energy, which is trapped in the remains of once living creatures. In our ravenous thirst for energy, we expend great effort to acquire and hoard these supplies. Resource wars and catastrophic weather events are two of the byproducts of our addiction to carbon-based fuels. Harnessing the power of the sun’s ray directly would represent a cleaner, more efficient and morally justifiable alternative to our unsustainable fossil fuel habit, which poses a threat to our children and grandchildren.

Chief Seattle urged us to think not just of ourselves, but the web that connects us all. It’s the kind of wise thinking we need as we confront the environmental choices that will determine our planet’s future.