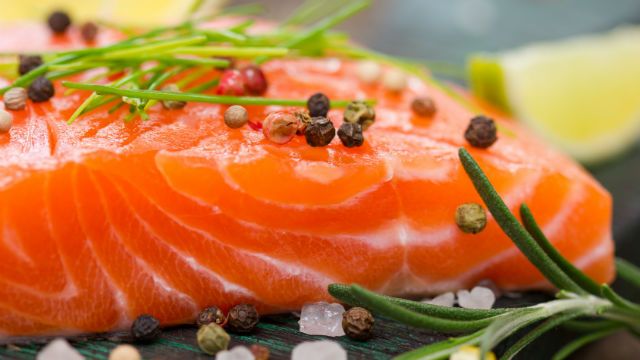 Not only is fish a great source of protein and a multitude of minerals, some types are an excellent source of omega-3 fatty acids, which offer a variety of important health benefits. However, some fish are significantly better than others for health, and certain species may contain hazardous substances.

In deciding which fish to eat, another factor to consider is the impact on the environment. The environmental impact of fishing varies from species to species, the method that is used to catch them in the wild, and the sustainability of the practices when it comes to farmed fish.

The best types of fish for human health are oily fish, which contain notable amounts of omega-3 fatty acids, including eicosapentaenoic acid (EPA) and docosahexaenoic acid (DHA). Omega-3s have been linked to lowering blood pressure and triglycerides, making them very beneficial to cardiovascular health. They also help to reduce inflammation, which lessens your risk of a variety of chronic diseases.

Omega-3s have also been linked to aiding with the symptoms of depression and rheumatoid arthritis. DHA has specific benefits for the human brain, especially the brain development of infants and young children. Including DHA in the diet is associated with better cognitive performance, while a lack of it is associated with learning deficits.

Choosing a fish becomes tricky, however, because some fish with high omega-3 fatty acid content also have high levels of mercury and other contaminants, while some do not. Since there is a lot of information out there and it can be a challenge to sort through, the following is a very basic guide to some of the best, and some of the worst, choices for both human nutrition and environmental sustainability.

This fish is high in omega-3 fatty acids, low in mercury and other contaminants, and is fished using closely-monitored, sustainable practices. The quality of the water that these fish come from is also meticulously managed.

These little fish have more omega-3 content per serving than salmon and tuna, and are also one of the few food sources that are high in vitamin D. Their size and their ‘low’ position on the food chain means that they have not had the chance to build up mercury in their flesh. As they reproduce quickly, fishing currently offers very little threat to their population.

Alaskan halibut is high in omega-3s, and is caught using sustainable practices by the use of bottom longlines. Fishing for these halibut causes minimal damage to their habitats, and ensures a low risk of accidentally snaring other sea creatures.

Wild trout that are caught in lakes often contain contaminants, but trout farmed in the US are kept in freshwater ponds and protected from contaminants. They are also fed a diet that helps to conserve resources, and are high in omega-3s.

Commonly labeled ‘Atlantic salmon,’ farmed salmon has a bad reputation of cramming these fish into small pens, where various diseases and parasites easily multiply. To combat these diseases, the salmon are dosed with antibiotics.

Farmed salmon have also been found to contain high levels of polychlorinated biphenyls (PCBs), industrial chemicals that were banned in the US in 1979 but are still present in our environment. Exposure to PCBs has been linked to cancers, and damage to the reproductive, nervous and endocrine systems.

This type of tuna has been found to contain high mercury levels, as well as high PCB levels. Additionally, the species is considered threatened, so fishing for them is dangerous to the continued survival of their population.

Sorry, grouper fans. These large fish contain high mercury levels, and are also in danger of overfishing, as the duration of their reproductive cycle is short.

Not only are these fish high in mercury, fishing for them often causes ocean floor damage, and can be destructive to seabirds, as they can get caught in the trawlers used to catch the bass.

Much of the catfish that is imported into the US hails from Vietnam, where it is often treated with antibiotics, including antibiotics that are banned in the US. These imports are often not properly inspected, which makes eating them a safety hazard.

While fish can make delicious and healthy meals, it is important to choose wisely, in order to protect your family from dangerous contaminants, as well as to preserve the well-being of our planet.