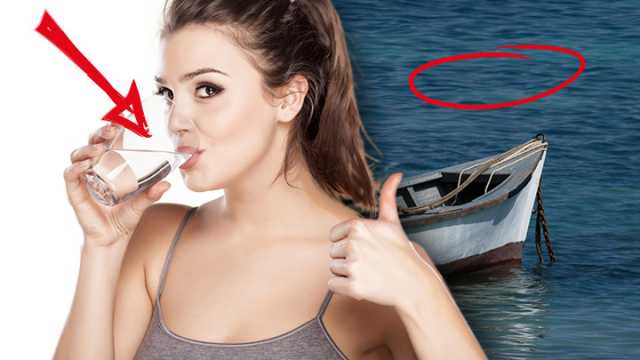 Making saltwater drinkable isn’t easy, but it may have just gotten slightly less difficult. A Portland high school student recently made headlines when he found a cheap, effective way to desalinate water.

Desalination involves removing the salt from water. It is typically an expensive, costly process. However, Chaitanya Karamchedu from the Jesuit High School discovered a simple solution. During a classroom science experiment, he figured out how to use a specific, highly absorbent polymer to produce freshwater from seawater. “The real genesis of the idea was realizing that seawater is not fully saturated with salt,” Karamchedu told local broadcaster KPTV.

Most desalination researchers have typically focused on how to separate salt from water. However, as Karamchedu noted, 90 percent of seawater has no salt content. As his science teacher Dr. Lara Shamieh explained, Karamchedu “just looked at it and said if 10 percent is bonded and 90 percent is free, then why are we so focused on this 10 percent, let’s ignore it and focus on the 90.”

Effectively, Karamchedu’s polymer bonds with the salt content of water, while leaving the rest drinkable. “It’s not bonding with water molecules, it’s bonding to the salt,” he explained.

The high school student’s discovery could revolutionize the way we desalinate sea water on an industrial scale and potentially make it much easier for people living in arid conditions to obtain a stable supply of clean water. To see how Karamchedu’s invention works, check out the video below.

The challenge of clean water

While it’s unclear how many people Karamchedu’s experiment might eventually help, it’s clear it has already drawn renewed public interest to the challenge of clean water. According to the United Nations, an estimated 783 million people worldwide don’t have access to clean water. Anyone who has spent much time in the outdoors likewise knows the importance of access to water, especially in a survival situation. Karamchedu’s method might not be useful for anyone in a survival situation, though there are plenty of other ways to get hold of drinkable water if the going gets tough.

For now, we’re going to focus on the trickiest type of water to make drinkable: salt water. Whether you’re trapped on a desert island, or just pitching a tent near a beach, the three methods listed below can all be quite useful if you get thirsty.

Method #1: Distillation with a kettle

Generally, if you want to make saltwater drinkable, you’re going to need to use distillation. This process involves somehow turning the water into steam, then collecting that steam and allowing it to condense back into a liquid. The easiest way to do this is with an ordinary kettle, a tube and a collection container. Simply by boiling the kettle, the steam should run into the container. Eventually, you’ll have some drinkable water.

Obviously, not everyone will have a kettle on hand during a survival situation. In the great outdoors, you could try using a durable metal drink bottle heated over a stove. Though be warned: airtight containers can explode!

Method #2: Distillation with a cooking pot

If you don’t have a kettle or similar object around, you could try using an ordinary cooking pot. All you need is a pot with a rounded lid. Fill the pot with salt water, then place a cup inside it. Then, put the lid on upside down, with the lowest point of the lid just above the cup. Next, put this whole contraption on your campfire or cooking stove. As the salt water in the pot boils, the steam will hit the underside of the lid and condense.

Eventually, that condensation will make its way to the lowest point of the lid and dip right into the cup! This method can be very effective, so long as you can keep the lid airtight. If it isn’t airtight, you’ll lose a lot of steam, and hence a lot of water.

Both the above methods can work extremely well, but there’s one big problem: energy. Whether you use a kettle or cooking pot, you’re going to need a lot of energy to get enough steam to have much water. This means you’ll need a working stove, or at least a nicely roaring camp fire. However, this isn’t always possible in a survival situation. Luckily, there’s solar distillation.

Effectively, this method uses the same basic mechanism as regular distillation; the only difference is that the sun provides the energy. Somehow, you need to get the sun to evaporate the salt water, then have a container ready to collect the condensation. One tried and true method is to simply place your salt water in a bowl. Then, place an empty cup in the middle of the bowl. The idea is to get the water to evaporate from the bowl into the cup. To do this, you just need some clear, rounded cover, such as that rounded lid we used before or a piece of cling wrap. Whatever material you go for, it’ll basically serve the same function as that lid we used in the previous method.

Leave your contraption out in the sun and the salt water in the bowl will evaporate. It’ll hit your glass lid (or cling wrap, if you prefer), and drip into the cup. As with Method #2, the trick is to have the lowest point of the lid over the cup. For example, if you use cling wrap, place a small stone on it, just above the glass. This method is by far the slowest of the three, but is also much less energy intense (at least on your behalf). This means it can work in even the most desperate of situations. Unless the weather is terrible, then you might find yourself with a big problem on your hands.

Perhaps one day, Karamchedu’s discovery will render all these survival methods obsolete. For now, these forms of distillation might be enough to save your life.

Do you have any good survival tips to share?