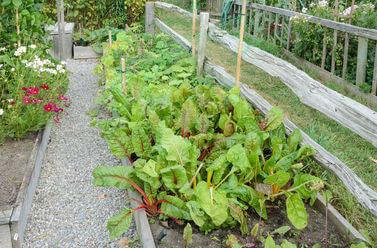 Man 1813: The sun beats down on his back as he pushes his horses through the soil. With every step he takes he is grateful that he has saved so much seed from last year, that the weather has cooperated and that his horses made it through the winter.

He rests easy knowing that his family will eat; there will be plenty and plenty to share. As the sun sets, after a long day in the field, the man retires to his humble cabin to a warm meal prepared from food he has grown and cooked over an open fire for which he is utterly grateful.

Man 2013: The sun reflects off the hood of the car as he pulls into a parking space at the grocery. He quickly gathers several items and loads them into his metal buggy. He files through a checkout line, greeting a few friends and sliding his credit card through the machine.

He checks his watch on the way out of the store and realizes that he had better pick up a quick snack at the drive through as he has to have his children to baseball practice by 7pm. He is grateful for the fast service at the grocery store and the nearby hamburger joint that enable him to keep his hurried schedule. But – what is he eating? What is he growing?

Growing Food is Nothing New

Humans grew their own food for thousands of years. It is only in the last 100 – 200 years or so that we actually hung up our pitchforks and traded them in for grocery carts. However, in doing so we have lost a part of who we are, we have abandoned the very practice that kept our species alive and we no longer know how to feed ourselves and our families without utter dependence on an industrialized and fractured food system.

Since the beginning of time, societies were built around water and fertile land; communities came together around the planting, growing and harvesting of crops. The sharing of food was a common thread that wove people together, knitted communities and bound hearts.

According to researcher, author and lecturer Michael Pollan, “Growing food was the first activity that gave us enough prosperity to stay in one place, form complex social groups, tell our stories, and build our cities.”

Barbara Kingsolver, author of Animal, Vegetable, Miracle says, “Food brought people together on so many levels and fostered communities. We are far from that these days and our culture is suffering because of it.”

We once grew food because we had to, it is what we could and did do to survive.

Processed food in America travels, on average, 1,300 miles to reach our tables, according to the National Sustainable Agriculture Information Service. Produce may travel up to 1,500 miles. And our food may spend from 7 to 14 days on a truck before it reaches us.

This long-distance transportation of food uses colossal amounts of fossil fuels and creates a great amount of carbon dioxide emissions. In order to transport food and store it for long periods of time, produce is picked before its time, in an unripened state or it is loaded with preservatives and irradiated.

According to the Natural Resources Defence Council, “Imports by airplane have a substantial impact on global warming pollution. In 2005, the import of fruits, nuts, and vegetables into California by airplane released more than 70,000 tons of CO2, which is equivalent to more than 12,000 cars on the road.”

Buying as much food as you can locally helps the environment. It decreases the use of packages, including foam and plastic trays and wraps, and cuts down on greenhouse gas emissions resulting from transportation. In many cases, it takes more energy to transport food than the food provides.

The Scarcity of Fresh Food

However, no matter how much someone may wish to support a local fresh food movement, in many places it just does not exist. Despite the fact that we have millions of acres on which we could grow food for our country, there are people who do not have easy access to “good” food. Over 25 million Americans live in what is being called a food desert. How does that happen in a country where everyone once did what humans were made to do, grow food?

Meet Ron Finley, otherwise known as the Gangster Gardener. Ron is from South Central California (now called South Los Angeles). This is a place that is littered with fast food outlets, liquor stores and vacant lots. Finley says that the drive throughs in his community are killing more people than drive bys (shootings). In South Central California, people are dying in a food desert where the obesity rate is 5x higher than Beverly Hills, a mere 8 miles away.

Finley, a clothing designer and artist, says that he got tired of seeing scooters and wheelchairs being sold like used cars in his neighborhood, dialysis centers opening up and people riddled with lifestyle illnesses such as diabetes and heart disease.

He was also fed up with driving 45 minutes for a piece of fresh fruit that was not impregnated with pesticides, and came to the conclusion that food is both the problem and the solution. After taking a course on gardening at the Natural History museum, he put his passion into action.

Committed to making a difference and demonstrating the power that fresh food can have, he planted a food forest outside of his house. This was on a strip of vacant city land measuring 150 feet by 10 feet.

Finley organized a group of compassionate volunteers called the Green Grounds, to help start the fresh food garden. Before long, he was given a citation from the city and told to remove the food garden.

The citation eventually turned into a warrant. Armed with a passion for providing free and fresh food for people in his neighborhood, Finley and his volunteers got enough signatures on a petition to keep the garden growing.

Interestingly enough, the City of Los Angeles owns 26 square miles of vacant lots which equals 20 Central Parks, enough space to plant 725 million tomato plants. It was amazing to Finley and his crew of volunteer gardeners that the city would even begin to challenge his greenspace project.

The garden in South Central has changed the lives of people in his inner city neighborhood. Not only does the garden produce fresh and nutritious food but it is a learning tool that has a much broader impact.

“When kids learn to grow vegetables, they learn not only how to eat in a healthy way but how to be productive and are armed with a value system that will help them navigate their lives — values such as patience, appreciation, sharing, honesty and respect.”

Finley believes that people can help grow a better city just by picking up a shovel and doing what we were made to do, grow our own food!

You Can Do It!

Ron Finley is not alone in his quest to provide fresh food for an ailing population. There are hundreds if not thousand of others who are cultivating gardens in vacant lots, inner cities, schools and on rooftops all over our country.

We have millions of acres of empty green space in America…. there is no reason why we cannot grow enough fresh and delicious food to feed the entire nation.

Whether it starts on a 100 acre farm or a pot on your balcony makes no difference, all it takes is a commitment to change and a desire to feed yourself!

What are you waiting for?