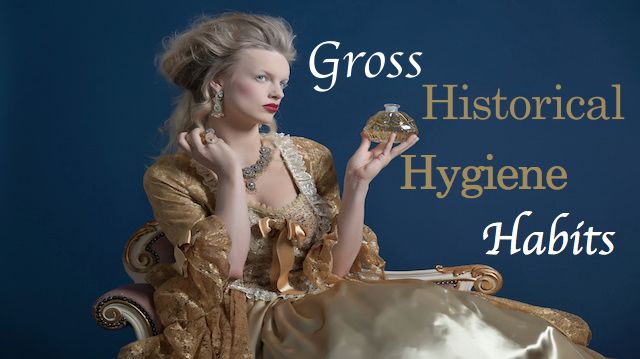 Some of the things we do for beauty and personal grooming may seem extreme, but looking back in history, it’s amazing humanity has survived as long as it has. From the many uses of animal parts and waste, to mercury ointments for disease, history is littered with hygiene habits and remedies that may just make you squirm.

In the 1700s, otherwise known as the Age of Enlightenment, fashionable men and women used red and white makeup that was made with lead. Members of the highest rank of society poisoned themselves slowly with the stuff, often suffering from swelling of the eyes and a changed skin texture. Some people even developed black patches or bald spots from the makeup.

By the nineteenth century, it was recognized that lead-based makeup was bad news, but lead was still used to line water tanks, which caused poisoning in a different way.

People cleaned their teeth with herbs and wine

This is one of the more appealing hygiene techniques from history. In the eleventh century, a women’s cosmetic book recommended rinsing the mouth with wine after dinner and wiping one’s teeth with a fresh white cloth. Ladies were also advised to “chew each day fennel or lovage or parsley, which is better to chew because it gives off a good smell and cleans good gums and makes the teeth very white.”

This practice probably worked for the most part as the wine would loosen food particles. Wiping the teeth with a cloth would certainly rid teeth of tartar. Even today, parsley and fennel are used as a breath freshener. Considering the limited resources of the time, this habit was a good one to have.

In England, wigs were very fashionable during the Georgian period. The more expensive ones were made of human hair while cheaper versions were made from baked animal hair, such as horse or goat hair. Heavy false hair caused people to develop sores on their scalps, and the wigs were often infested with lice. They were also very flammable. The reason? They were styled with animal fat. We can only imagine how wigs felt to the touch!

In the time of King Henry VIII of England, toilets were called privies. However, they were anything but private. Often constructed of a piece of wood with a hole cut in the center and positioned over a bowl or a hole in the ground, privies were breeding grounds for disease. Wealthy individuals enjoyed a small improvement in conditions. They retired to a garderobe, a closet along an outside wall of the castle. Waste was conveniently disposed of down a shaft, where it emptied to the moat that encircled the castle. This did create a public health problem, but at least the waste wasn’t hanging around inside.

Chamber pots were in use even into the early twentieth century; you can find bedpans in hospitals today. Florence Nightingale, celebrated founder of modern nursing, recognized the disease spreading capabilities of chamber pots and advocated for their frequent dumping and cleaning as a deterrent to disease and infection. Throughout history, chamber pots were regularly dumped in open gutters outside, promoting the spread of cholera and other illnesses.

Medicine got a little bloody

Bloodletting may be confined to the cinema today, but it was once a very common practice. Dating back to the time of the Ancient Egyptians, bloodletting was hardly scientific, and it killed more people than it cured. Physicians from varying times in history used bloodletting for anything from fevers to stab wounds. Other times, physicians used leeches to “cure” patients. If watching your blood drain into a porcelain bowl while lying in bed makes you queasy, then leeches would definitely be out of the question!

In fact, modern science has found that, as gross as they may be, leeches can help certain conditions. For instance, leeches can assist during surgery when blood flow needs to increase. The little bloodsuckers’ saliva promotes blood flow and prevents clotting. There’s actually a company in Britain called Biopharm that supplies thousands of leeches to hospitals around the world. Scientists at the University of Wisconsin-Madison have developed a mechanical version of the parasites, though, so we can get the benefit of leeches without the willies.

Mouse skin graced the faces of the beautiful

You read that right: Women in the eighteenth century wanted prominent eyebrows because strong eyebrows indicated wealth and rank. To get that coveted look, women invested in fake eyebrows made of mouse skin. Although times have changed, in the mid-1990s, a makeup artist by the name of Kevin Aucoin stuck patent leather false eyebrows on models at a Todd Oldham show. Either type of critter-turned-false-eyebrows is sure to make animal lovers shudder. 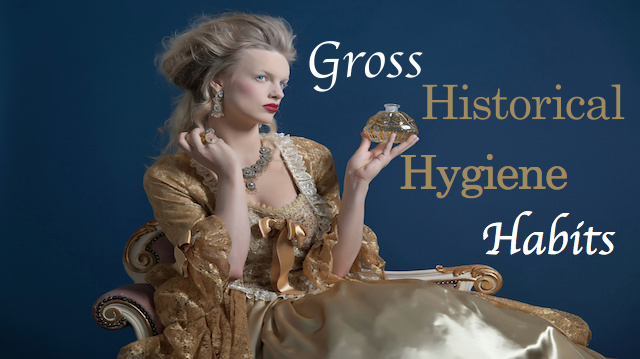 Our ancestors really got into heavy metal poisoning. According to the Journal of Military and Veterans’ Health, an epidemic of syphilis broke out among English soldiers fighting for King Charles VIII in France in 1495. To remedy the sores caused by the sexually transmitted disease (STD), doctors gave the soldiers ointment made from mercury. As you have probably guessed, many of these rogues suffered from mercury poisoning as a result.

Historical records tell us that the toxic metal was also used in the Caribbean, South America and North America as early as 1530. Our ancestors had Guy de Chauliac, the personal physician to the Pope of Avignon (in present-day France), to thank for the use of mercury to treat syphilis. In 1363, de Chauliac wrote about its uses for the STD, and it became the accepted treatment for centuries.

To make matters worse, treatment often went on for years, leading to a long, drawn out poisoning. The saying “A night with Venus, and a lifetime with mercury” became popular as a result. It wasn’t until 1910 — when physicians discovered arsenic could cure syphilis – that mercury was no longer considered the standard treatment. Ironically, arsenic is also a heavy metal and poisonous to humans.

There has long been the belief that Europeans during the medieval era abstained from bathing. While there are stories of individuals who would only bathe once a year, this wasn’t the case for everyone. Much like Japanese bath houses that still exist today, medieval Europe had plenty of public baths for people to use. Washing one’s hands before meals was pretty standard and washing one’s face in the morning was seen as good hygiene. However, deodorants didn’t exist, so women tended to carry around little bouquets of flowers called nosegays to block the smell of their fellow subjects.

People also didn’t have the opportunity to change their clothes often. While wealthy members of society might have had several outfits to choose from, peasants only owned one or two tunics. These were usually made from wool, which is very hot and heavy. It’s easy to imagine how someone would smell after several days wearing the same tunic during the height of summer.

Burns were treated with bird poo

One wonders who the first person was to rub bird poo on a wound. A text from 1653 includes a recipe for those who have been “burned with gunpowder or otherwise.” Among the ingredients are goose dung and chicken dung “of the newest that can be gotten.” These were mixed with herbs and ground in a mortar to create a paste that was then applied to the wound. The text also recommends storing the poo paste in an earthenware jar, where it could be kept for up to two years.

Hieronymus Brunschwig, a fifteenth-century German surgeon, alchemist and botanist wrote that for those suffering from a toothache, “gray worms breathing under wood or stones” were prescribed for the pain. When they were “pierced through” and placed on the tooth, woodlice were supposed to alleviate tooth pain.

In the 1200s, it was also believed that decayed teeth could be treated by rubbing burnt powdered deer antler on the tooth. Other remedies for a toothache included a vinegar-soaked bag of pepper, “dried perineal glands of the beaver,” and other ingredients. Another remedy included powdered sulfur. Fortunately, plenty of historical documents cite far more appealing remedies, such as mint, hyssop, ginger, salt, marjoram and oregano.

Throughout history, a lack of in-depth scientific knowledge on health meant that doctors, midwives and even mothers were left to experiment with what they had available. That said, few of us would be willing to try most of these — especially remedies that included dung of any sort.

Which historical hygiene routine or remedy makes you shudder the most?