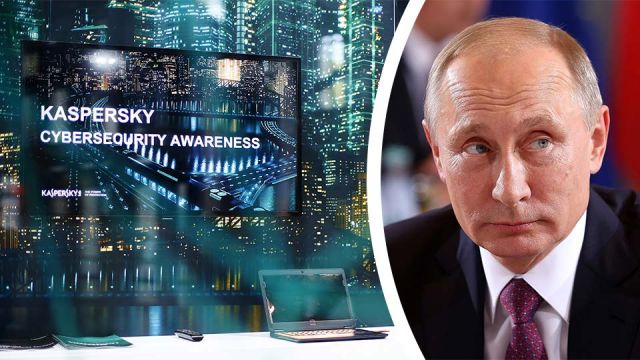 If you own a computer, iPhone or smart device, then Russia could be using antivirus software to eavesdrop on you. Why would a foreign power want to trawl through your sensitive data? The reasons can vary. But experts contend that blackmail, cybertheft and a desire to sow confusion in the event of a future conflict are among the motives that foreign interests have. How big is the problem? Here are some recent developments and things you need to know.

Caught in the act: Russian hackers spying on Americans

Israeli intelligence agents caught Russian hackers using popular antivirus software made by Kaspersky Labs to spy on American computers. The breaches included classified information that was stolen from the National Security Agency, which occurred because an agent inappropriately installed a Kaspersky Lab antivirus program on their home computer.

According to Blake Darché, a security expert and former NSA operator, “Antivirus is the ultimate backdoor. It provides consistent, reliable and remote access that can be used for any purpose, from launching a destructive attack to conducting espionage on thousands or even millions of users.”

News of the breaches has prompted the Department of Homeland Security to order that all government agencies stop using Kaspersky products and purge them from their system. Kaspersky Labs has denied any involvement with Russian hackers or knowledge of the breaches. In a press statement, the firm said, “Kaspersky Lab is caught in the middle of a geopolitical fight.”

Surveillance experts like Andrei Soldatov, however, contend that it’s likely that government interests loyal to Putin have infiltrated the company. Stephan Hall, a former head of CIA operations in Russia for three decades, agrees. In his view, “Kaspersky’s line of work is of particular interest to … Putin and that because of the way things work in Russia, Eugene Kaspersky [the firm’s founder] knows he’s at the mercy of Putin.”

Cyber attacks — including using devices to spy on individuals and agencies — are emerging as a new type of threat. What are some of the ways that governments, organized crime and rogue hackers might use technology towards malicious ends?

Here’s a quick look at how the news is playing out on social media:

NYT scoops what many of us have been trying to confirm. pic.twitter.com/dUIeb5MhEi

Consumers and citizens are waking up

Revelations that Russian interests may be using antivirus software to spy on Americans comes at a time when privacy advocates have been warning that AI devices may be used to eavesdrop on consumers (especially children).

For example, recently toymaker Mattel was forced to scrap plans for an AI device called Aristotle. Critics argued that the product would be used to engage in corporate snooping to collect information that would be used in ads targeting kids.

Clearly, smart devices are liberating in many respects. But the same products and services that enhance human freedom can also be turned against us. Consumers and citizens are waking up to the fact that their computers, tablets and cellphones can be turned into Trojan Horses. Experts insist there are no easy answers — the freeflow of information, privacy and cybersecurity will be in a tug of war for the foreseeable future.