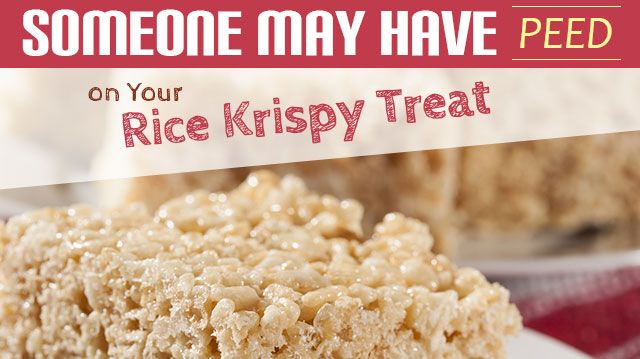 A criminal investigation has recently begun involving the Kellogg Company, after a video was released on the Internet of a man deliberately urinating in a batch of Rice Krispies at a Memphis factory.

The video was uploaded to the website WorldStarUncut.com. It looks to have been taken by the perpetrator, whose identity remains unknown at this time. The Kellogg company claims it “just found out” about the incident. However, this may have been going on for a long time.

After investigating the video, Kellogg spokespeople claim that it was made in 2014.

Regarding this disgusting incident, Paul Norman, the president of Kellogg North America, wrote:

“Kellogg takes this situation very seriously and we are shocked and disappointed. This person’s conduct is unacceptable, and I want to share with you what we know today and what we are doing to get to the bottom of this criminal act.”

“We immediately contacted law enforcement authorities and the FDA, and a criminal investigation is underway. We are working closely with the authorities to identify the individual, fire him if he still works at the plant and prosecute him to the full extent of the law… Our team is continuing to work around the clock to gather the facts. At this time, we do not know why the perpetrator waited several years to post the video online.”

According to Kris Charles, a Kellogg spokesperson, the contaminated products, “… include Rice Krispies Treats, granola clusters used in a couple of products, and a few other puffed rice treats that we no longer make.”

Charles assured consumers that the Rice Krispies products in the affected batch would no longer be on the shelves, as they would be well past their expiration dates.

However, even if the Kellogg products from the batch seen defiled in the video are no longer on store shelves, since the perpetrator has not yet been identified, there is no guarantee that he has not urinated in other Kellogg’s products on the assembly line. This is the only incident we have video evidence of — but he may not have recorded all of his wrongdoings. A truly revolting thought, indeed.

Not surprisingly, since consumers learned of this incident, Kellogg stock has gone down.

It’s easy in this case to point a finger at the Kellogg company and say that they should have been watching their employees more closely. This is a justified response. Yet, when we think about how most processed foods are made, this could have happened anywhere. 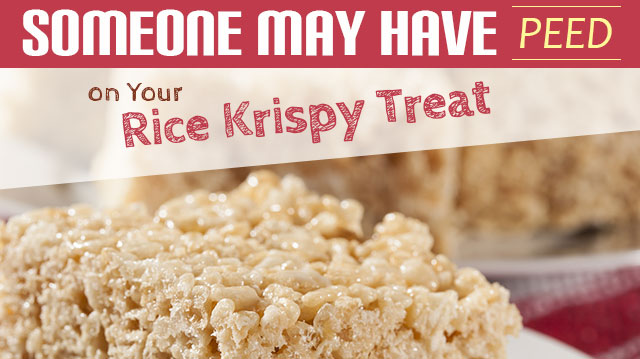 While such egregious and intentional food contamination is not commonly seen (or, maybe perpetrators just don’t commonly record themselves), instances of unwanted materials in processed foods happen often. Just this year, the Mars company found bits of plastic in their chocolate bars, leading to a huge recall. In 2013, horse meat was found in Burger King beef in the United Kingdom, and in beef products sold on Aldi store shelves. The list goes on.

It’s worrying to think that these are the incidents that make the news, but many more, potentially worse incidents may fly under the radar. When we consume processed foods, we can never guarantee what actual ingredients we are eating, and whether unwanted additions — such as human urine, for instance — are secretly lurking inside.

Kellogg’s latest investigation is enough to make anyone rethink the “convenience” of processed foods, and turn to home-cooked options. A healthy breakfast free of processed junk is easy to make, and if you cook it yourself, you’ll know exactly what’s in it — and what isn’t.