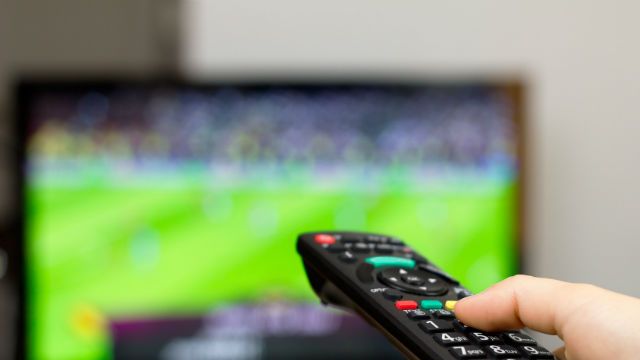 It should come as no surprise that improvements in television technology over recent decades coincide with the rising obesity levels that plague our nation.

The Harvard School of Public Health first linked television watching with weight gain over 25 years ago. Over the past two and half decades, ample research has been performed that illustrates just how much tube time contributes to an increased waistline.

Watching television contributes to America’s ever-escalating BMI measurements in more ways than one. For the most part, the average person tends to tune into their favorite soap opera or sitcom snuggled up in their favorite chair.

Couple this added “sit time” with the hours already logged behind the steering wheel or in front of a computer and it’s easy to see how those sedentary hours add up.

According to the Bureau of Labor Statistics, in 2013 the average American logged 2.8 hours of television daily, with TV watching consuming a majority of leisure activity. Leisure activity in this case includes exercising and socializing.

Recent Nielsen reports suggest, however, that Americans spend closer to five hours a day watching TV. Though this may not sound like much, it’s more “sit time” that could be used to exercise and burn calories.

Television watching doesn’t just increase one’s sit time, but also influences how they eat. According to a study published in the American Journal of Clinical Nutrition, distracted eating greatly influences calorie consumption. In the study, researchers served people a meal either in front of a television or without a television in the room.

Harvard researchers also studied the link between time spent watching television and weight gain among children. Not surprisingly, they found that children who spent more time in front of the television set were more likely to gain excess weight. Those with the luxury of having a television in the bedroom were at an even greater risk for weight gain.

Television isn’t the only culprit however. Computers and video games are equal offenders in the obesity-television link. Researchers believe this is due to increased sedentary time as well as advertisers marketing food directly to young people, whether it be on the internet, in a movie theater or on a television commercial.

Yet television and computer time don’t have to result in weight gain. There are several steps you can take that will reduce your likelihood of gaining weight without missing your favorite shows.