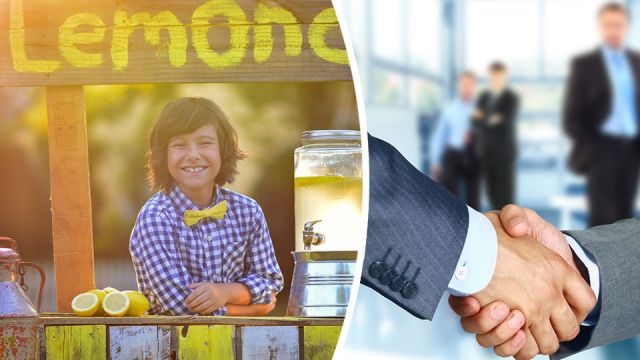 As a kid, I liked spending money more than I like earning it. Don’t get me wrong, I was pretty industrious. I washed cars, cut lawns and shoveled snow. But my hard earned cash didn’t stay in my pocket very long.

Even worse, my piddly little bank account never increased the way it should have because I didn’t get into the consistent habit of saving. In retrospect, there are several financial habits I had to learn the hard way. Here are five things I wish my parents had taught me about money.

Start saving as a kid

Delaying gratification is one of the hardest lessons to learn, but it is arguably one of the most identifiable characteristics habits of successful people. Put simply, I wish I’d learned the discipline and value of paying myself first by setting aside a percentage of my income.

Now, I appreciate that the earlier you start saving and the more you set aside regularly, the more wealth you’ll accrue. It’s the magic of compounding interest, which is sometimes called the eighth wonder of the world.

The concept behind compounded interest is simple — the annual return on your principal (the amount you put into a savings account) is reinvested rather than paid out. As a result, the amount in your bank account can snowball.

However, if you set aside the exact same amount ($12 day or $360 a month) into an account that generates six percent interest per year, then you’d amass $14 million dollars. My parents certainly instilled in me the value of hard work, but I wish they had spent some time showing me some graphs and charts demonstrating the magic of compound interest. If they had, I might have been a millionaire by now.

Pay yourself first before blowing off cash

My parents taught me the value of hard work, but I never heard as much about the wisdom of saving. Perhaps they tried, but it just didn’t sink in. No sooner had I earned a few bucks by washing cars than I was off to the downtown to buy baseball cards, model rockets and copies of Mad Magazine.

In hindsight, I should have exercised more long-term thinking. A monthly subscription to my favorite periodical could have saved me considerably, but instant gratification was what I was after. Worse still, budgeting was not part of the equation.

I’ve subsequently learned the importance of paying yourself first. That refers to the habit of setting aside a portion of your income first and directing it to your savings. When you are young the money you set aside doesn’t have to be a whopping percentage of your earnings. But it’s a practice that definitely encourages some good habits.

For one, it’s a discipline that teaches you to forgo short-term temptations in favor of long-term rewards. In addition, it puts you on the path of building up a nest egg, which will give you a lot more financial freedom over the long haul. No wonder that financial experts refer to “paying yourself first” as the golden rule of personal finance.

If I had a nickel for every time I spent a dollar on candy as a kid, then it would probably add up to a small fortune. It matters what you spend your money on.

For instance, relief workers in the developing world understand that it is much better to give women money than men. Why? Because if they give money to males they’ll end up spending it on AK-47 assault weapons and giant screen TVs!  Women in poor countries, on the other hand, will typically invest their financial windfalls on sewing machines or other practical items, which will provide long term economic benefits.

So, I wish my parents had steered me in the direction of being a wiser steward of financial resources. Sure, it’s okay to spend some money on yourself. But thinking about how wealth can used to generate even more prosperity is important too.

Don’t be overly swayed by the financial advice of others

Keeping up with the Joneses and peer pressure can often prompt people to buy things they don’t want or need. Being able to distinguish between wants and genuine needs can help you from accumulating too much junk (or depleting your bank account).

For example, do you really have to have the cute little trinket that your friend insists you get while the two of you are shopping? If you are always being unduly influenced by the opinion of others when it comes to financial matters, then you may come to regret it later (particularly when you have to clean out all the souvenirs you’ve collected in your attic).

Similarly, billionaire Warren Buffett —who presumably knows a thing or two about managing money — won’t invest in a company if he doesn’t understand the business model. People can often try to make you feel inadequate or a party pooper if you won’t go along with a purchase or a financial scheme. But if it doesn’t feel right or make sense to you, then it’s okay to say, “Thanks, but no thanks.” I wish my parents had taught me that, but at least I picked up that sage advice from Warren Buffett.

Money is a tool — not a means to an end

Money can’t buy you love or happiness. Yet, many in our society pursue wealth as if it is the holy grail. This leads some people to hoard it, be consumed by it or sell their souls for it.

But money is just a medium of exchange. It is a form of social currency that allows people to more easily trade goods and services. When it becomes the end all and be all, then people can lose sight of what is really important.

Used properly, money can be a tool that allows you to do good things for both yourselves and others. Be grateful for what you have and generous to others who may have less. It’s not the amount of money that you have in your bank account that matters, but the value you create for others in your life. I think my parents actually tried to teach me this one, but I had to figure it out the hard way for myself before it finally sunk in.