In Mexico, the average individual drinks around 43 gallons of soda each year. In a country where 70 percent of the adult population is overweight, this rate of soda consumption is alarming. So health advocates fought back, and we can learn a lot from Mexico’s battle against the bulge.

In a country that celebrates soda, sometimes literally — in the highlands of Chiapas, carbonated beverages are thought to expel bad spirits through burps — it’s not easy to pry cans of Coca-Cola and orange soda from the hands of citizens. Even the youngest children enjoy sippy cups full of brightly colored sugary drinks while being pushed around town in a stroller. But in 2013, the Mexican government passed a tax of one peso per liter on sugary drinks, affecting soda prices throughout the country. Prices rose by about 10 percent when the tax law went into effect in January 2014.

The result of the price increase has been an average of about six percent decrease in sales, according to the health economist Shu Wen Ng of the University of North Carolina at Chapel Hill. Ng notes that “very few countries have done a tax of this size,” and in fact, President Obama’s 2009 proposed soda tax was shot down shortly after its proposal.

“Six percent is an impressive number given that the tax is relatively small,” Kelly Brownell, a public health expert at Duke University said, according to Wired. The tax is “right at the cusp of where you might start to get changes in consumption,” he said. In the fall of 2014, the city of Berkeley, California, passed a 20 percent tax on sodas, sugary juices, sweet tea and sports drinks, the first of its kind here in the U.S.

Consumer Power, an advocacy group in Mexico City, initially called for a 20 percent tax on sugary drinks in Mexico. The percentage is viewed by many as the “ideal” amount to foster change on a large scale. It’s really impressive that Mexico was able to stand up to the soda companies in order to get a 10 percent price increase on the books. 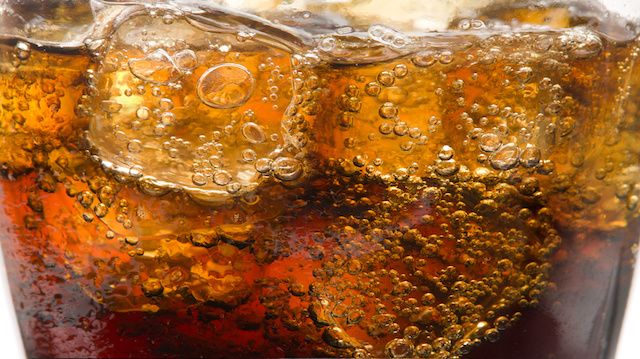 According to The Guardian, Coca-Cola Mexico has sponsored youth-centric sporting events for over 17 years to push the idea that exercise can counteract any bad dietary decisions. Executives from the soda industry paid for studies that promoted the idea that it was a lack of exercise and not extreme soda consumption that has led to Mexico’s rising diabetes problem. Industry leaders also had their hands in the government in such a way that legislation was discouraged or even halted in its tracks.

Coca-Cola has done the same thing in the U.S. According to New York University food politics professor Marion Nestle, Coca-Cola’s “funding buys brand loyalty, silences critics, heads off efforts to advise drinking less soda, and gains support for the companies when they need it.” Nestle is the author of the book Soda Politics and takes the relationship between soda companies and the government very seriously.

And the list goes on. We’re hardly conspiracy theorists, but Coca-Cola being in bed with some of the top research organizations in the nation is troubling. How can we possibly fight their influence?

It’s encouraging to see what Mexico has been able to accomplish with a nationwide soda tax, where soda is such an integral part of the culture. In a nation with an overwhelming rate of diabetes, a six percent drop in soda sales is hopefully just the start of a great trend. If they can do it, we can do it — and it’s high time. The U.S. ranks second behind Mexico in soda consumption. We’d like to see that number go down, too.

Many of us have given up soda. What do you like to drink instead?