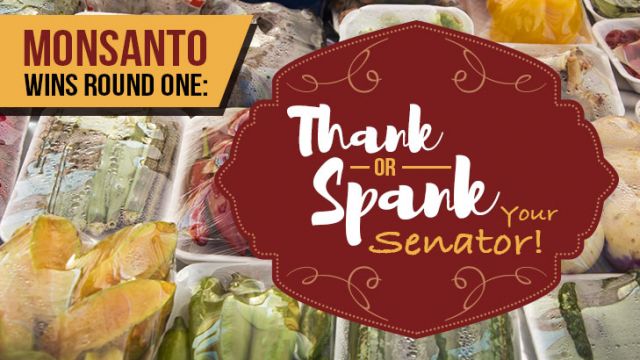 The Organic Consumers Association (OCA) is calling on U.S. citizens to oppose the Roberts-Stabenow compromise, known as the DARK Act. Passing it would allow companies to hide information from American consumers regarding genetically modified organisms (GMOs) in their food.

GMOs are living organisms whose genetic material has been manipulated in a lab through genetic engineering. This fairly new scientific concept creates plants, animal, bacterial and viral genes that would never occur naturally in nature or through traditional crossbreeding methods. There is mounting evidence linking GMOs to health problems, environmental damage and violation of farmer and consumer rights, according to the Non GMO Project.

Vermont’s GMO labeling law took effect July 1, 2016. The state law is similar to laws in 64 countries that require labels on GMO foods. The Roberts-Stabenow DARK Act is full of exemptions and loopholes that allow food companies to replace easy-to-read wording with complicated symbols most consumers would find confusing.

The bill, if passed, immediately preempts Vermont’s law and allows food companies another two years before they are required to label at all. It also would allow companies to hide information about GMOs behind complicated smartphone QR codes, websites and 1-800 numbers, rather than simple labeling the product.

Take action now, says the Organic Consumers Association. It has launched a “Thank or Spank” campaign which asks citizens connect with their senator by calling (888) 897-0174. They encourage you to tell your senator what you think of the vote.

Sixty-eight senators said “yes” and 29 said “no” to the proposed bill, according to OCA. The average agribusiness contribution for “yes” voters was $867,518. That’s two-and-a-half times more than the average for no voters ($350,877).