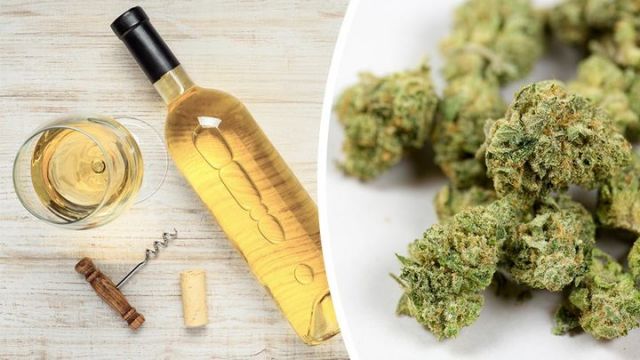 The cannabis industry has been reaching new highs as scores of herbal products — hemp-based soaps, CBD oils and weed edibles — go mainstream. Now a new item is coming along and it’s sure to generate a lot of buzz. It’s a cannabis wine that will get you tipsy, but without the hangover.

A cannabis wine (that doesn’t taste like bong water?)

The product is the brainchild of the California-based Rebel Coast Winery, which claims its THC-infused sauvignon blanc is the first of its kind — a non-alcoholic vino “that smells like weed but tastes like wine.”

The winery is taking orders (from residents of the Golden State only) and is expected to start shipping to customers early in January when recreational sales of marijuana in California are set to begin.

The company promises that it’s vino is “not a bong water smelling slop, it’s actually insanely good. It smells like marijuana and tastes like sauvignon blanc. Because of the marijuana addition, this sauvignon blanc has a very herbaceous nose [with hints of] lemongrass, lavender and citrus.”

As for its intoxicating qualities, the wine is non-alcoholic because federal restriction prevents distillers, brewers and winemakers from adding THC to products with alcohol. But each bottle will contain 16 milligrams of THC, the compound in marijuana that is responsible for the herb’s psychoactive effects. That means each glass of wine will deliver approximately 3 to 4 milligrams of THC at most. Cannabis dosing experts say this is a fairly modest amount and will not get most people mind-blowingly stoned.

Dr. Junella Chin, an alternative physician who is schooled in cannabis dosing, recommends that pot novices (which includes anyone not familiar with weed edibles) should only ingest small amounts of THC-infused products until they are familiar with their effects.

She says 1 to 5 milligrams is a safe dosage to start with. As she explains, “I would recommend starting off extremely slow and low. In the case of edibles, take a tiny bite, wait an hour before eating any more. In the case of wine, take a small sip initially and then wait an hour.”

The wine’s creators, a pair of young entrepreneurs named Alex Howe and Chip Forsythe, admit their sauvignon blanc tastes a little different than a conventional wine, but they insist that it avoids the pitfalls of past weed-infused beverages, which often taste crappy and don’t get you very high. One of the best features, they note, is that there is no hangover.

As Howe and Forsythe explain, “There is no lingering effect once the high is gone that we’ve seen. I don’t know if it will affect every person in the same way, but it just delivers a nice, euphoric, mild high.” The wine is expected to retail for just under $60 a bottle.

The emergence of recreational cannabis in wine country

California, of course, has been known as wine country. But the advent of marijuana legalization in the Golden State means there will be two competing cash crops statewide. Some winemakers and liquor stores have expressed concern that the budding pot industry will encroach on their profits. In places where cannabis has been legalized, pot sales have increased at the expense of beer and wine. For instance, Canadians are starting to spend more on weed than wine.

But others see opportunities. Who knows what is on the horizon, but the possibility of ringing in the new year with a wine that lifts your spirits (without a next-day hangover) seems like a great way to get 2018 off to a fresh start.

To learn more about how recreational marijuana is affecting the wine industry, check out this cool video: