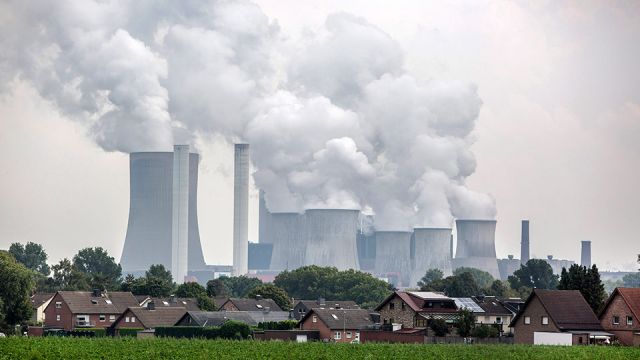 In a new shocking report released by the British Medical Association Lancet’s commission on pollution and health, nearly nine million deaths in 2015 were pollution-related. According to the two-year project’s fatality statistics, that is nearly one out of every six deaths.

Interestingly, nearly 4.5 million, about half of the total deaths, were from India and China, two countries with notoriously detrimental air pollution, especially in the last few decades.

Other rapidly industrializing countries, such as India, Pakistan, Bangladesh, Madagascar and Kenya were other countries with notably high pollution-related deaths.

“Pollution and related diseases most often affect the world’s poor and powerless, and victims are often the vulnerable and the voiceless,” said co-author Karti Sandilya, who works for Pure Earth, an anti-pollution non-governmental agency. “As a result, pollution threatens fundamental human rights, such as the right to life, health, well-being, safe work, as well as protection of children and the most vulnerable.”

Here is a video further describing the report:

These infectious diseases should not be overlooked because although people are not dying from them, nearly one billion people are sickened by waterborne pollution every year. Limited water supplies make basic hygiene very difficult in many middle- to low-income regions.

That being said, there are water problems in first-world countries in isolated areas, like the recent Flint, Michigan water crisis.

In terms of workplace pollution, the report claims lung cancer and mesothelioma are common issues, primarily with those exposed to asbestos.

Here is an infographic released by The Lancet, further highlighting the report:

Since 1990, approximately 29 million people have died from air pollution, and overall numbers have not risen too dramatically, especially considering the world’s population is increasing at a faster rate.

Also in the report, it claims that poorer people in less polluted areas like North America and Europe suffer more from pollution. One argument is that people in low-income New York City neighborhoods breathe in more pollution, since they are in close proximity to bus depots. Sandilya says, “Pollution, poverty, poor health and social injustice are deeply intertwined.. victims are often the vulnerable and the voiceless.”

With strong consideration of all of this unfortunate information in the report, there is, fortunately, some light at the end of the tunnel. Deaths from water and household air pollution dropped almost two million from 1990 to 2015, because these countries are getting richer.