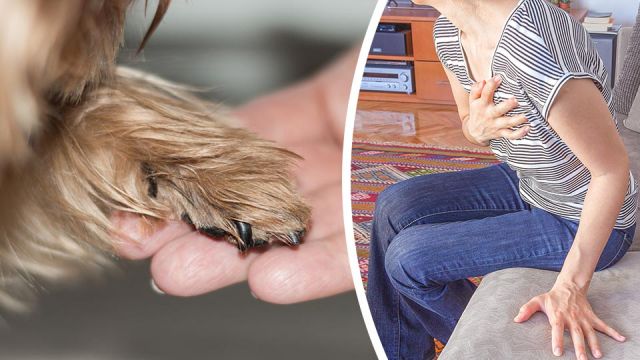 When doctors began treating a Texas woman for a heart attack, they discovered her symptoms were actually due to a broken heart. But her broken heart was not the result of losing a spouse or child. Instead, doctors say that it was the result of mourning the death of her beloved Yorkshire terrier, Meha.

Her dog’s death, broke her heart

When Joanie Simpson woke up experiencing chest and back pain, she thought she was having a heart attack. Her back ached and her chest started hurting when she turned over. Twenty minutes later, she was at a local emergency room, soon to be airlifted to a hospital in Houston. There, physicians were preparing to receive a patient exhibiting the classic signs of a heart attack. But tests at Memorial Hermann Heart & Vascular Institute revealed something else. Doctors later realized that rather than a heart attack, Simpson was experiencing a literal broken heart, also called Takotsubo cardiomyopathy.

The case study, published in the New England Journal of Medicine, reported that Simpson, a 61-year-old woman with hypertension and hypothyroidism, experienced multiple recent stressors, including the death of her dog. Takotsubo cardiomyopathy, also known as apical ballooning syndrome or stress cardiomyopathy, typically occurs almost exclusively in postmenopausal women. It’s a condition that mimics the symptoms of a heart attack, including the chest and back pain Simpson experienced and shortness of breath. What it doesn’t include is clogged arteries consistent with a heart attack.

It usually happens following an emotional crisis such as the loss of a spouse or child. This is why the condition is also known as broken heart syndrome. But in Simpson’s case, it was the death of her dog, Meha, that tipped her over the edge, she tells The Washington Post.  “I was close to inconsolable,” Simpson said. “I really took it really, really hard.”

When the dog was diagnosed with congenital heart failure, Simpson decided it was best to have her pup euthanized. But she canceled the appointment when the dog seemed to bounce back to health. Sadly, Meha died the next day. “It was such a horrendous thing to have to witness,” Simpson told The Washington Post. “When you’re already kind of upset about other things, it’s like a brick on a scale. I mean everything just weighs on you.”

After doctors explained what had happened, Simpson said she was not surprised by the diagnosis. “It is heartbreaking. It is traumatic. It is all of the above,” Simpson said about losing her beloved pet. “But you know what? They give so much love and companionship that I’ll do it again. I will continue to have pets. That’s not going to stop me.”

Up to five percent of women diagnosed with heart attack actually have Takotsubo cardiomyopathy or broken heart syndrome, according to Harvard Health. But, since it has only recently been reported in the United States, it can go largely unrecognized.

Features of broken heart syndrome include:

Mourning a loss can be difficult, especially when it’s a pet who’s died. Some people, including your employer, may not be that sympathetic to the loss of a pet. But there are some things you can do, suggests women’s health expert Dr. Christiane Northrup, to help you get through the heartbreak and stay healthy.