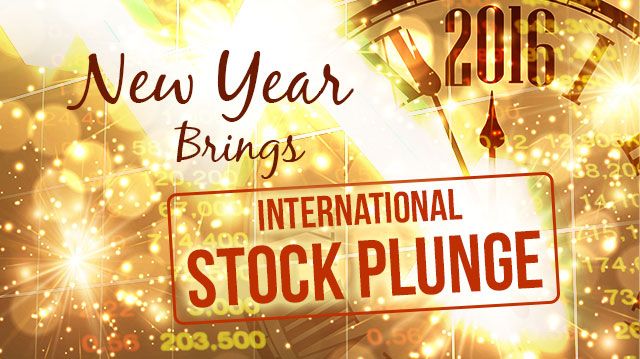 The New Year brings many new things, and this year, January 4 brought uncertainty to investors. Large drops in both American and international stock markets accompanied the change of calendars on Monday, and investors are waiting to see if this week in trading will define the rest of the year.

Looking at the rest of 2016, the good news is that first day losses or gains in trading have never been a reliable indicator for the rest of the year. For the last hundred years, the direction of January 1 for the DOW Industrial Index has matched the direction of the following year only 50 percent of the time. While the start of 2016 in stock markets is dull, it is certainly not predictive.

However, the market correction was still quite sizeable, as in U.S. markets the DOW dropped more than 470 points in the first few hours of trading, and in Chinese markets, an eight percent plunge took place early on in the Shanghai composite index. With such a drastic drop, Chinese officials quickly froze trading. Japanese markets were down three percent, and European stocks fell two percent. For a single day of trading, it ranked in the top 20 worst, and for a first day, it was the greatest drop since January 1932 when the Great Depression was just starting.

Traditionally, investors who have unavoidable tax losses at the end of the year offset them by selling some of their losing positions by the end of the year. Because of the selling, these stocks are available at at slightly discounted prices to stock buyers and a minor upturn results, colloquially known as the January Effect.

While the January Effect is not a powerful force in markets, some expansion was still expected on Monday — not the inaugural slump in prices.

Many experts are pointing to China as the origin of the downturn, and it is difficult to deny that the freeze on investing there had a ripple effect of fear and uncertainty for other markets and on investors internationally. Having opened before the U.S. and European exchanges, their Asian counterparts set a somber tone for the day.

Going deeper, it may be that tension in the Middle East played a role on Monday, as Iranian protesters attacked a Saudi embassy in Tehran on Sunday following the execution of a leading Shiite cleric by the Saudis. China is heavily invested in Iran’s oil industry, and when Saudi Arabia severed their ties with Iran overnight, expectations dropped for profitability of those investments, giving a negative momentum to an already shaky Chinese market. 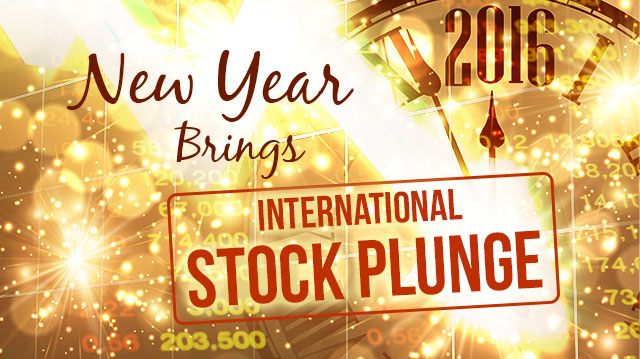 The important thing for the investor to keep in mind, however, is the long-term perspective as opposed to the short-term. Most of the volume of Monday’s trades were likely short-term investors that have been looking to cash out of stocks after holiday seasonal growth and year-end earnings reports. Long-term investors are still holding strong stocks, and many stalwart benchmark stocks such as Facebook, Apple, Netflix and Google have dropped far less than those with higher risk and lower rewards over time.

The true indicator for the future, and how more savvy long-term investors will act, can be found in how the rest of January will turn out for markets. As investors find their confidence again, it may be that Monday was a fluke. On the flip side, markets may struggle to rise back up to price levels that were simply unrealistic. A correction in prices may have been necessary in the long run, allowing investors to develop a clearer picture of stock valuations.