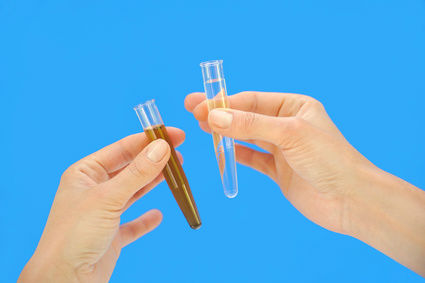 The latest in a string of US disasters caused by chemical leaks occurred earlier this month in North Carolina. An estimated 82,000 tons of water has leaked into the Dan River from a 27-acre coal ash pond owned by the Duke Energy power plant, leaching contaminants possibly including arsenic, lead, mercury and even uranium into a prominent drinking water source.

Drinking water for several areas is derived from the Dan River. In Danville Virginia, located twenty miles downstream from the spill and home to about 43,000 people, officials are filtering the drinking water, and are fortunately reporting that efforts are successful. In Virginia Beach, officials have ceased drawing drinking water from Lake Gaston, their regular water source, as it is fed by the Dan River.

The leak was discovered by a security guard on the afternoon of Sunday, February 2, when he noticed that the water level of the pond was lower. The reason for the leak was the collapse of an old storm water drainage pipe. Just over forty years ago, the coal ash pond was expanded over the old pipe, and the pipe apparently was not strong enough to hold the weight.

Duke Energy spokespeople report that although the leak has slowed down, they do not yet know when it will be contained. Environmental officials have collected samples of the water and are awaiting test results to determine the extent of the risk to humans and wildlife. Nearby residents and officials have reported a thick, “gray sludge” covering over two miles of the river’s bank.

Brian Williams, a local canoe guide, says, “how do you clean this up? Dredge the whole river bottom for miles? You can’t clean this up. It’s going to go up the food chain, from the filter feeders, to the fish, to the otters and birds and people. Everything in the ecosystem of a river is connected.”

For years, Duke Power has been assuring residents that the coal ash ponds were “well-engineered and safe,” despite warnings from environmental groups. However, according to Greenpeace, the offending coal ash pond, as well as 13 similar ponds in North Carolina, do not have liners around their bases, which would have helped contain the leak at least somewhat.

This incident follows the chemical spill of a substance used in the coal manufacturing process into West Virginia’s Elk River last month, which made drinking water for over 300,000 residents unsafe to use.

The water has just recently been declared safe to use again, although some doctors are still advising against it for young children and those with compromised immune systems, and some restaurants are refusing to cook with it.

In 2008, a coal ash pond very similar to the one on the Dan River leaked in Kingston, Tennessee, compromising the health of both humans and the environment. Avner Vengosh, a geochemistry professor at Duke University, says, “even without a spill, these settling ponds have been releasing continuous contamination into the rivers downstream from coal-fired power plants.”

The sad truth is that until we as a nation stop relying on coal (and oil, for that matter) for power, and switch to environmentally friendly options, these types of situations are inevitable.