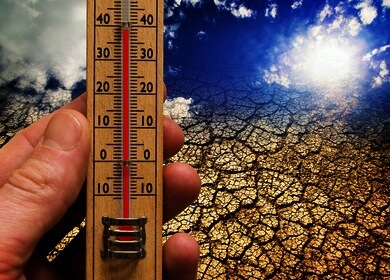 Researchers at Arizona State University have recently discovered that the proliferation of certain soil microbes that are important to topsoil crusts are dependant on temperature.

This may spell trouble for the soil of colder desert climates as soon as 50 years from now, thanks to global warming.

Topsoil crusts protect the soil of arid lands from eroding, and also fertilize the soil by adding nitrogen, carbon and other nutrients. Microbes are key players in the formation of topsoil crusts.

To study the microbes found in topsoil crusts, researchers surveyed microbial communities across the United States, between Oregon and New Mexico, and also between Utah and California. The microbial DNA was then sequenced and analyzed.

Study leader Ferran Garcia-Pichel summarizes, “to our surprise, where we thought a single cyanobacterium would dominate, we found that two had neatly split the territory between themselves. We used to think that one, called Microcoleus vaginatus, was the most important and dominant, but now we know that Microcoleus steenstrupii, the other one, is just as important, particularly in warmer climates.”

He adds, “by using our data with current climate models, we can predict that in 50 years, the cyanobacterium that fares better in warmer temperatures will push the cold-loving one off our map. M. steenstrupii could completely dominate the crusts everywhere in our study area by then. Unfortunately, we simply don’t know much about this microbe or what will happen to the ecosystem in the absence of M. vaginatus.”

It is difficult to predict how far the implications of this likely change in the soil will spread. One thing that is clear is that if global warming were slowed from its current rapid pace, a lot of complications to the environment could be delayed, if not avoided.

Commercial agriculture is a great contributor to global warming, as its consumption of fossil fuel energy generates large amounts of greenhouses gases. The clearing of grasslands, prairies and forests for farming also contributes to global warming. Organic agriculture, however, helps to reduce greenhouse gas emissions from farming, and also helps farmers to adapt to climate change. 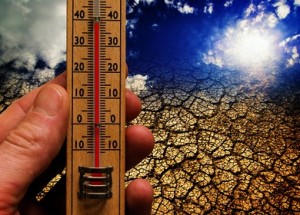 Organic farmers are better equipped to adapt to climate changes, as organic soils retain more moisture than commercial farmland. This makes them more able to sustain plant life in the event of a drought, and also to drain flood waters faster, thus decreasing the erosion of the soil.

With commercial farming already towering over organic farming in the United States, and the push of biotech giants such as Monsanto to separate agriculture even further from nature, America needs to take a serious look at the multifaceted threat of global warming, and the ways in which switching to organic farming on a large scale would benefit our entire ecosystem.